Getting Ready for CES

Now that the holidays are pretty much over, it's time to get ready for the 2012 Consumer Electronics Show in Las Vegas. Professionals in the audio industry are usually quite stressed out this time of year--even more than reg'lar folk--because we have to follow up Christmas with the biggest trade show of the year. I know people in the industry who don't even celebrate the holidays anymore because it just gets in the way of CES preparations. Bah humbug. 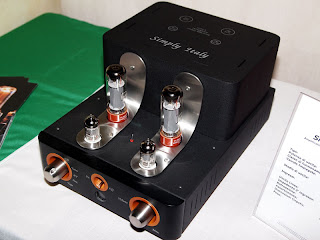 We'll be sharing the room with Audience, who have supplied us with their premium Au24 line of loudspeaker cables, interconnects and power cords. Everything will be plugged into one of their adeptResponse line conditioners. In fact, I have all the Audience gear here at the house and I've been playing with it over the last couple of weeks. It's truly fine gear, and we're proud to feature it in our room. 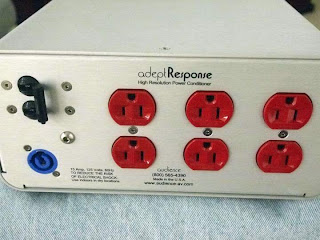 You might be asking yourself, "What, no turntable?" While we decided not to feature the Giro turntable in our room, it will be making an appearance in the Joseph Audio room. Jeff Joseph, a good friend of ours, requested to use the Giro in his room (at Room 29-140 at the Venetian), and we didn't hesitate to say yes. Rumor is that he's going to mount one of the fine cartridges from Soundsmith (remember the company that makes cantilevers out of cactus needles?) on the Giro.