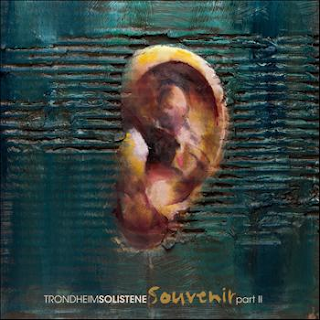 No sooner than I had posted my blog review of 2L Recordings' Souvenir Part I from the Norwegian chamber orchestra TrondheimSolistene, Part II was announced on the 2L website. With their nearly identical front covers (the ears are mirror images, as if to suggest both ears from the same head), it's fairly obvious that these two albums were meant to be considered as a single piece; the sides on Part II are even labeled "C" and "D." Both LPs also feature a Tchaikovsky/Nielsen programme, although the second entry in the series offers the latter composer's Ved en Ung Kunsters Baare as more of a lyrical coda taking up just four minutes at the end of Side D.

So why do I prefer Part II over Part I? Both offer simply astounding sound quality--these are, as I've reported before, 180 gram LPs made from "audiophile grade vinyl" and cut from direct metal masters of hi-rez DXD 352.8kHz/24 bit files. As I stated in my first review:

"...there's the extremely high quality of the recording. When I first heard hi-rez recordings that cracked the 300kHz barrier (or even the 192kHz barrier), my first observation was how high and extended the treble sounded. Okay, that sounds obvious, but what was even more impressive was the pure and unadulterated sweetness of those high frequencies. As resolution capabilities extend into the stratosphere, I think many audiophiles--especially those who favor tubed amplification that softens the frequency extremes--expect and fear harshness, stridency and brightness. In my experience, this is usually not the case."

Yet with Part II, which is mostly comprised of Tchaikovsky's Souvenir de Florence (op.70), I'm even more transfixed by the quality of this recording. It sounds much softer, warmer and textured, despite the fact that the performances have been recorded in virtually identical way, using the same people. Even the venue is the same, the Selbu Church in Norway, althought the recordings were captured roughly five months apart. 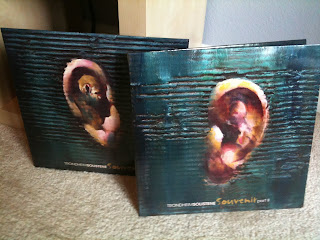 It all comes down to the music, I've decided. Tchaikovski's Serenade for Strings in C (Op. 48), which graces most of Part I, is a more jarring and confrontational work. Full of dynamic contrasts, the Serenade will make you jump out of your seat repeatedly with its bracing crescendos, especially if you're not used to the extended, stratospheric treble of extreme hi-rez. Souvenir de Florence, while possessing an ample share of energy and vitality, is a piece of music that is more consistently pitched toward the listener. Its crescendos are approached with an almost Hitchcockian manner of suspense rather than outright and sudden punctuation. You'll feel like you're on a deliberate, tense journey as opposed to jumping off into an abyss. To illustrate this further, I was constantly sitting on the edge of my listening chair while listening to Part I. On Part II I was relaxed, utterly enchanted and embraced by this sweet yet passionate music. 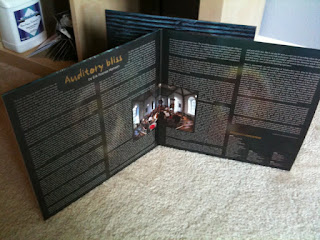 My only question about Part II--and I may be revealing my ignorance about classical recording--is that I'm not absolutely positive that it's a mixed voice orchestration as in Part I. In the splendid liner notes that grace the gatefold (Part I does not have a gatefold cover, curiously enough), the brilliance of mixed voice orchestration is discussed thoroughly by Erik Fosnes Hansen...but only in relation to Part I. As he explains, "To the listening ear [mixed voice orchestration] makes for a startingly different experience. The melodic lines come at you from every side, detached from any fixed sense of direction."

Mixed voice orchestrations, as I've previously described, break up the "sections" of an orchestra and ensure that no musician is sitting next to someone who is playing the same instrument. In Part I, this arrangement was obvious. The sound really does sound more united, congealed and powerful. With Part II, this is less obvious. There are more traditional examples of counterpoint, for example, and a delicacy that suggests a more conventional setting. But despite the fact that I can't confirm or deny mixed voice orchestration on Part II, if I had to bet money I'd say it was mixed. Although I'm sure I'll receive confirmation from Morton Lindberg, the producer and genius behind 2L Recordings, I'd also like to hunker down and study this recording further and educate myself to notice these things with greater ease. Perhaps the only difference, once again, is the music and how it inhabits the space between your loudspeakers. 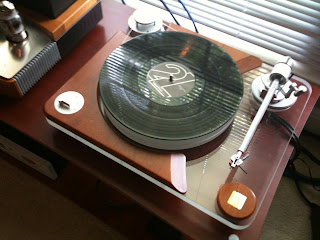 The very fact that I've spent so much time pondering both Souvenirs speaks volumes about their accomplishments. If you're an audiophile who is still obsessed with classical recordings, and I truly hope that you are, then these 2L Recordings should be considered mandatory for your music collection. They are so different from nearly everything else out there that you'll conclude that a)the recording of classical music in the 21st century is still and admirable and necessary endeavor and b)when it comes to classical recordings, you haven't heard everything yet. The mixture of hi-rez technology and old-school vinyl stamping yields such a fascinating artifact that you'll sit up nights thinking about it, as I have.

Just when I thought Morten Lindberg couldn't challenge me any further, he sent me two more 2L titles to review--on Blu-ray audio. My first impressions are very favorable--especially in the context of the Patricia Barber Blu-ray title I just reviewed--and I have to keep wondering what's around the next corner when it comes to musical formats and my personal preferences. That said, I'm more than content to continue listening to LPs, even if they are of the "DXD 352.8kHz/24bit Direct Metal Master 180g audiophile grade vinyl 33 1/3 rpm" kind.
Posted by . at 4:49 PM