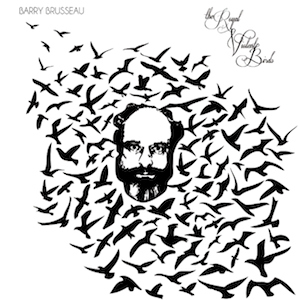 The first song on Barry Brusseau's new album, The Royal Violent Birds, is an unmitigated mess. "Pig Frost" starts off all grungy in a pop-ish way, embellished with a woefully distorted electric guitar, and the song barely gets through the first verse before it collapses in a feedback-saturated heap. It's a surprisingly brave and atypical choice since everything afterward is relatively serene, thoughtful and straightforward. Brusseau, a singer-songwriter based in Portland, is avuncular in both countenance and voice, and his deep and plaintive baritone seems so at odds with his contemporaries that it comes off as completely refreshing and honest. Once you get past the first minute or so of cacophony, you'll be treated to a feast of mature, slightly spacy and disarmingly gentle music.

Brusseau has stated in interviews that he's a bit shy about the "imperfections" in his voice, but since when do we want our folk singers to croon like Perry Como? With the delicate and downright beautiful musical choices that run through the heart of this album, Brusseau is firmly in lullaby mode, even if he seems like the type of bedtime storyteller who may prompt you to sleep with one eye open. He delivers lines such as "Will you get me out of here, and will you rub my feet/Don't you know I will my dear, you are my one complete" (from "Homesick Yawn") with such measured caution that you may wonder if this album is a 45rpm pressing. (Yeah, I checked to make sure, and it isn't.) 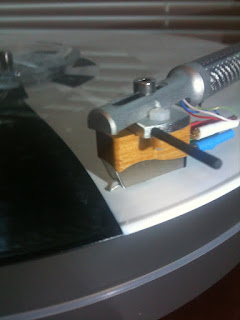 Once you acclimate to the sheer innocence of his lyrics and voice--which together are just a stone's throw from Daniel Johnston's neighborhood, in a noticeably saner subdivision--there's the richness of the music. Brusseau firmly believes that less is more, but close inspection of his minimalism reveals unexpected touches, from the Michael Nyman-esque horns in "Love & Adoration" to the hints of synthesized glass harmonica swirling in the velvety black backgrounds and the earthy emotions suggested by Aubrey Webber's cello. Brusseau's guitar playing is also as spare and haunting as his voice. He's enthralled with his pure and simple melodies, and through the repeating of these phrases his music becomes hypnotic--and at the same time always interesting. By the time this relatively brief album has concluded--with a softer and more complete reprise of "Pig Frost" that's available only on the LP--you'll feel like you've taken a midnight stroll through a beautiful garden that may or may not be a cemetery. (The titular feathered friends turn out to be here to collect our souls after we've passed away.) 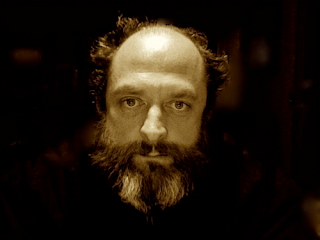 The LP pressing, which was mastered by Timothy Stollenwerk at Stereophonic in Portland, is also a bit of a revelation. It's not as quiet as some, especially toward the ends of each side, but the sound quality is deep, quiet and natural. Within these quiet songs you'll be able to walk around in the huge soundstage and turn over every stone and see what's underneath. The vinyl itself is also noteworthy--it's thick, possibly 180 grams or fairly close, and the contrasting halves of the disc will remind you of a black-and-white cookie. This is the first LP I've received from the folks at Gorbie International Records, and it's quite an impressive effort. I look forward to hearing more from their catalog.