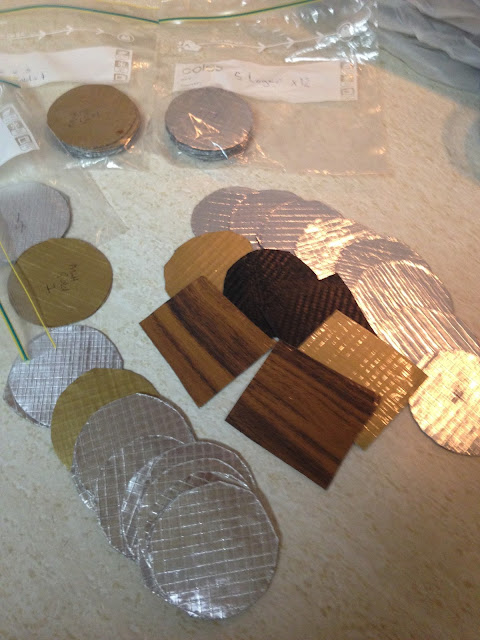 Les Davis, who has created the constrained layer damping (CLD) material I talked about after my trip from Australia, has just sent more more prototypes of his new footers to try out. As you can see from the photos, Les has been playing around with colors, patterns and even thicknesses. His latest assortment includes CLD footers of different thicknesses--three layers, four layers, five layers and even six layers.

The idea is that we've pretty much confirmed that the material works, and Les has conducted plenty of A/B listening tests to confirm that this isn't just another hi-fi tweak that only works if your system is resolving enough, or if your ears are good enough. As I've mentioned before, our initial tests were conducted with a rather modest source--an old Arcam CD player that probably only retailed for a few hundred dollars when new. (Those modest Arcam players, by the way, employed the stellar Ring DACs, so they always sounded exceptional for the money.)

Now I have to determine if the sonic improvements can be increased even more by adding layers of CLD material. We do know that the overall sound of the system improves if you keep adding footers to all of the components. Back in Sydney, we started off with four footers under the feet of the CD player. Then we added more material under the amplifiers we used (Tara Labs, Einstein and REDGUM). Finally, we added CLD footers between the Brigadiers Audio BA2 monitors. With each addition, the sound improved incrementally. The CLD footers made our test system sound fuller and with a greater wealth of detail.

We all made the comment that "more music flowed through" with the footers in place--I've since read in an equipment review that the flowing music description has become a huge cliche, so I will refrain from using it in the future. But you get the idea, I hope. 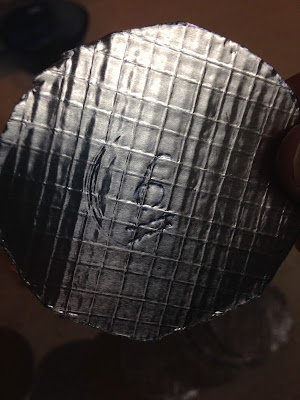 These additional tests will help Les to determine the finished product. Will he offer the CLD footers in different thicknesses, at a proportional retail price? I'm using a very resolving system to determine that--the new flagship Unison Research Unico 150 integrated amplifier, the equally new Unison Research Unico CD Due transport/DAC, my Trenner & Friedl ART monitor speakers, the PureAudio Vinyl phono preamplifier and my Unison Research Giro turntable/arm mated with a Transfiguration Axia cartridge. All cables and power management are from Furutech. I've settled on this system over the last few weeks because it is unusually resolving and allows me to hear deep into recordings (another audio cliche, by the way).

The different colors and patterns are just Les having fun. I had one person at CES ask me if the footers would be available in different colors and patterns, and Les told me he could do anything the customer wanted. He's still considering how to finish the footers, but he's already determined that wood and metal sandwiches may look attractive, but they lessen the impact. So he might be close to a finished product for now--he's experimenting with laser cutting so that the edges are neat and professional.

That kind of makes Les' footers a no-BS kind of audio accessory, I think--you're not paying for anything that doesn't affect the sound. Besides, when you put the footers under amps and digital sources, you can't see them. Plus, and this is an important point, keeping it simple allows Les to sell them at a very, very reasonable price. So this will be a tweak for the masses, something just about everyone can try!
Posted by . at 2:28 PM