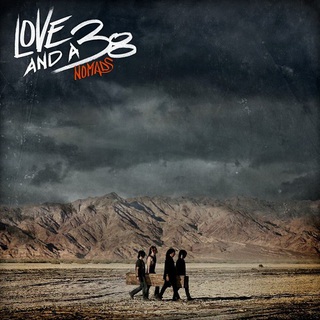 When I was young, you either rocked or you didn't. If you rocked, you were pissed off the first time you heard Rod Stewart sing "Do Ya Think I'm Sexy?" If you rocked, you realized a song wasn't a song without a blistering electric guitar solo that lasted at least ninety seconds. Rocking, along with its close relative rawking, was just something that happened. You either jumped in or you ran away.

But at some point rock, as we knew it, kinda vanished into thin air--probably around the time "We Built This City" hit the Top 40 and we all lost a little bit of our swagger. Maybe before. There are still people out there who play rock and roll, the kind of rock and roll that upholds visceral impact as Priority #1. But more often than not, this modern strain of rock and roll likes to wink at its fans a bit...you know, we're rocking ironically. 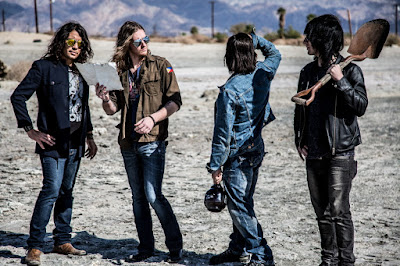 Love and a .38 rocks, and in a real and genuine way. I'll give you an idea of how much their new album Nomad rocks. Right before I listened to this CD for the fifth or sixth time, I listened to one of my favorite rockfests from my youth--Aerosmith's aptly-named Rocks. "Back in the Saddle" has always been a guilty pleasure for me, even when I went punk in college, because there's a point toward the last third of the song where you realize that five mere humans are in such an intense state of being that they're close to spontaneous combustion. It's almost delirium. Shit, it is delirium. These guys were playing with their eyeballs rolled way back in their skulls, and it wasn't just the drugs.

That moment of sheer raw energy and fever was perfectly preserved when I transitioned into this album, made forty years later. It all starts with Ryan Hudson's husky holler that comes straight out of the thick of the seventies, the kind of voice that makes Chris Cornell hide under his bed. Clark Skelton is one of those long-limbed drummers who hovers over his kit and strikes at will. Justin Emord sounds like he clubbed Tom Hamilton over the head with his own bass and yelled, "This is how you do it!" And the guitarist is named Domo Domaracki, which kind of says it all. He's everywhere, all at once, and army of steel strings.

To the casual listener this might sound like a very heavy and loud bar band. Listen closely, and you'll hear something much more fluid, a band that plays together as if they just jumped into the Black Canyon of the Gunnison and gave each other fist-bumps all the way to the bottom. They're fluid, they're a machine, they rock. 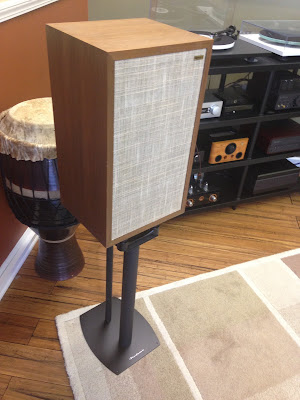 Just for fun I listened to Nomads on a system featuring a pair of Dynaco A25s Colleen found at a thrift store. These Dynacos play loud since they are fairly easy to drive, and they have that slight '70s patina of Schlitz and Benson & Hedges that's perfect for rock. Real, genuine rock. The kind of rock you lose your virginity to in the back of an AMC Gremlin with Levi's seats. TMI, I know, but this music will make you remember such things. Well done, guys.
Posted by . at 3:40 PM