We the Wild's From the Cities We Fled on CD 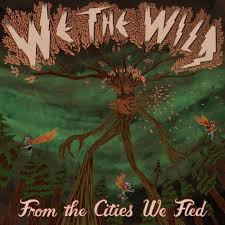 "I'm going through a rough patch."

That's what popped into my head about fifteen seconds into We the Wild's new CD, From the Cities We Fled. No, I'm not talking about a rough patch personally, in life or in love. It's just that I have a handful of CDs and LPs in the review pile that might be a bit too extreme for a music reviewer who's quickly approaching his 54th birthday. Do I really want to review some speed metal? Am I going to sound like I know what I'm talking about?

It's not like I'm that much of a wimp about these things. I like music that can be pretty far out there in terms of bone-crushing force. I just listened to NAILS' new album, You Will Never Be One of Us, and thought it was pretty awesome and ferocious, mostly because it's so pure and streamlined. I'm starting to obsess a little about Swans, and I when I'm in a particularly dark mood I'll listen to the two-hour-long The Seer in its entirety. I can clear a room whenever I feel like some Mars Volta or, if I'm feeling nostalgic, a little Husker Du. I'm not afraid of darkness or noise.

I suppose I'm having trouble wrapping my head around this CD because I can't find a decent entry point. But I suppose I can begin with what I like. On From the Cities We Fled, I like Joe Lawson's drumming. A lot. He isn't a drummer as much as a machine-gunner. The way he careens through the twists and turns of these songs is, quite simply, a towering athletic achievement. Joe must have arms like Popeye. 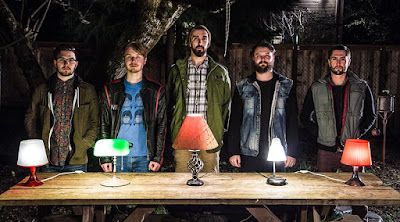 I also love the way the band shifts gears in the middle of songs, especially when they step off the gas a little. They can play. They can sing. Lead vocalist Benjamin Cline can inject real emotion into the lyrics, albeit in a way that suggests Linkin Park, but too often he devolves into a one-note grindcore scream that's something we've all heard before a million times. Here's the problem--four of the five band members are credited with vocals, and they're actually pretty competent when it comes to complex harmonies. So why all the screaming? It almost borders on parody, a coke-fueled bad Mike Muir impersonation.

So chalk it up to old guy sensibilities, I guess. But I think there's real promise here. The entire band is talented. They're disciplined. One small tweak--more Maynard/Serj honey and less Dremel tool in full roar--and We the Wild might be great.