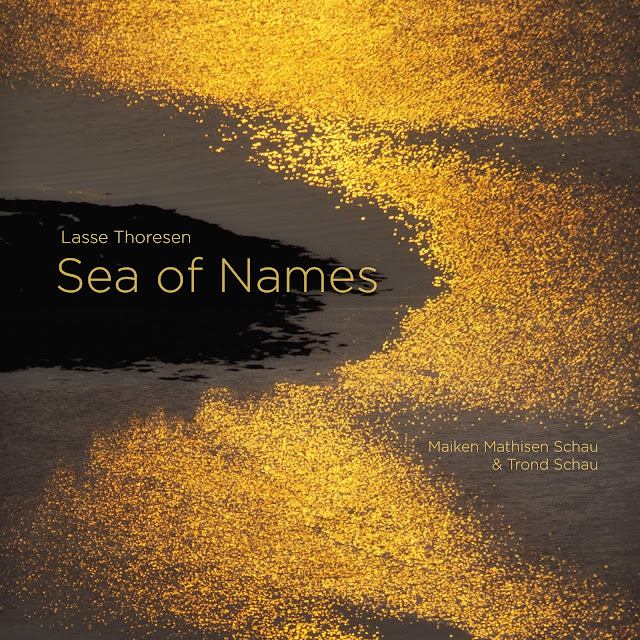 There's always a certain unique delight in receiving a new disc from 2L Recordings, a delight where you open the envelope from Norway and the disc falls out and you look at its name and wonder "What kind of music is this?" You can say that about a lot of recordings, I suppose, but 2L is always challenging in a way where the cover of the album is an invitation to a mystery. You might get a few clues here and there--a Norwegian string quartet listed on the cover here, a well-known composer in the title there--but every once in a while a title falls out of that padded shipping envelope and you say to yourself "I have no idea what this could be...let's put this in the CD player immediately so we can find out."

So it is with Sea of Names. This selection of music from composer Lasse Thoresen features minimalist art work on the cover that suggests calmness and tranquility; digging into the sparse notes on the back you'll discover that this is Thoresen's chamber music for flute and piano, so the peaceful motif continues. When the music starts, however, the mystery dissolves and the tranquil facade quickly fades away. The title piece, which starts the album, is "a meditation over the loss of a close member of [Thoresen's] family." Evidently these feelings are complex--the dynamic interplay between flautist Maiken Mathisen Schau and pianist Trond Schau covers such a wide range of emotions from anger to despair to eventual acceptance (following the classic Five Stages) in a tumultuous 17 minutes. Both performers push the physical structures of their respective instruments to an almost mechanical breaking point, all while infusing the music with a rolling and flowing rhythm that conjures Debussy's La Mer. 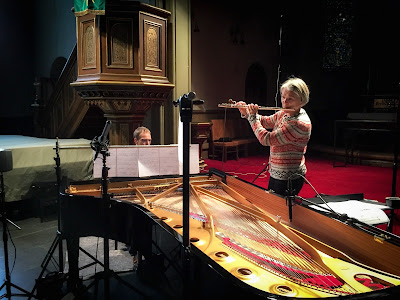 These two musicians invest so much pure effort into the performances that you can easily imagine the drops of perspiration flying into the air and landing on the soundboard of the piano and on the wooden floors of the Sofienberg Church in Norway. Maiken Mathisen Schau, in particular, uses her whole body to produce her fevered notes so that her voice often slips into the music like a ghost. This isn't showmanship a la Ian Anderson, it's complete commitment. Trond Schau's piano is also a sonic revelation--his notes are a seamless partnership of those churning maritime rhythms and unexpectedly sharp punctuation marks that perfectly reveal the inner chambers of his instrument.

As Sea of Names progresses, the palette expands and contracts so that each piece is embedded with a different level of emotional turmoil and excitement. Throughout the rest of the album, flautist and pianist generously take turns to explore the composer's reflections on interpersonal communication, the beauty of nature and conflicts within the inner self. One piece, "Solspill," offers a different take on the classic Pictures at an Exhibition by outlining Thoresen's individual reactions to a series of photographs taken by a friend. By the end of the album the two musicians have again joined together to produce the deliberate longing of "Interplay." It's a lovely and beautiful finale that ends the album on an optimistic note. 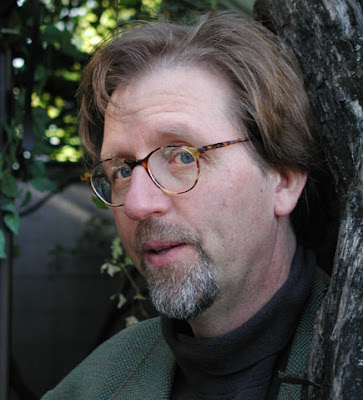 I've already mentioned the Sofienberg Church, the venue for this recording and so many others from 2L's Morten Lindberg. It's a superb space for projecting the strengths of individual performers and allowing their notes to bloom into the rafters. At the same time, Sea of Names projects an unusual sonic phantom. When Maiken and Trond perform together, you can tell they are standing so close together that the timbres of their instruments intertwine. During the solo performances, however, that unity is still there, that central focus in intact as if the other musicians is still there, on stage, for emotional support.

Is that a crazy observation? Perhaps. But so it is with 2L Recordings, where you often find yourself hearing seemingly impossible details in the music. They might be there, and they might not, but the magic is the merest suggestion that puts them there.
Posted by . at 2:21 PM