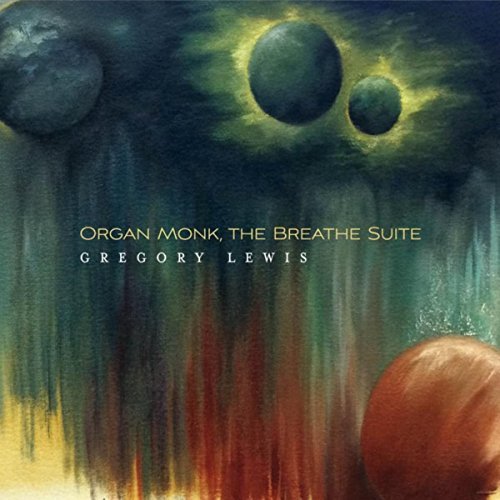 This new CD from the man who calls himself the Organ Monk starts off like so many other jazz albums I've heard of late--loose, free and delirious. The only difference to the chaotic, guttural rumblings that begin this album is the presence of a big, meaty Hammond B-3 which adds an almost surreal and almost sinister feel. On first listen, I thought about the fastening of seat belts in preparation for a long and bumpy ride, especially after spending so much time with the Oliver Lake CD I just reviewed. Then, after a couple of minutes, Gregory Lewis and his band settle in and start jamming like there's no tomorrow.

The Breathe Suite, while funky and full of energy, also has a dark and serious side that underlines a tight set performed by a quartet headed by the ever-likeable B-3. Lewis has composed a suite in five movements, with each one dedicated to "an African American who had been killed during confrontations with police officer." So we have five distinct pieces for Michael Brown, Trayvon Martin, Aiyana Jones, Eric Garner and Osiris Ausar. Each piece sustains a different feel and mood, and you can easily see how the circumstances of each death inform that feeling. 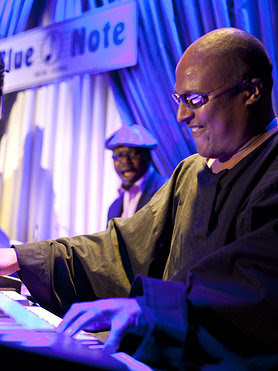 Lewis and his sidemen (which include Marc Ribot and Ron Jackson on guitar, Reggie Woods on tenor sax, Riley Mullins on trumpet, Nasheet Waits and Jeremy Clemons on drums) have always had a reputation for playing loud and fast. They're also known for their fun, revisionist treatments of Thelonious Monk, which explains Lewis' nickname. But this crew has been wowing audiences over the last couple of years with this new, original work. Lewis chose not to include lyrics, either sung or spoken, so that the music could "serve as an outlet for a deep emotional interface with a topic that can transcend an immediate reaction to a fleeting headline."

That's one reason why many of the passages are so contradictory in mood--there are periods of sadness and regret evident everywhere, but the almost jubilant sections exist as tributes to these human beings and the lives they led. A cursory listen reveals all these moods in an almost jarring manner, but once you sit and inform yourself about these five tragic figures you'll start to hear the fluid transitions that alternate between anger and resilience. 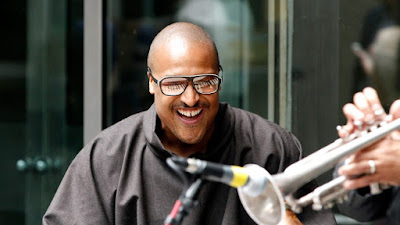 Even if you choose to take a step back and not submerge yourself in the important questions that get raised in the aftermath of tragedies, you'll still be moved by Lewis' exquisite and instinctive work with the B-3. If you love the Hammond as much as I do, you'll appreciate the newness he brings to these keys, the clarity and the speed and the energy. If you're willing to take a step inside to find out what's really going on, however, The Breathe Suite is a dizzying masterpiece.
Posted by . at 12:59 PM