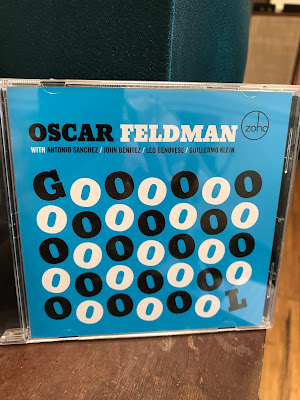 This one has the looks, the vibe and the attitude of a great jazz reissue, and that's why it stands out from the flood of contemporary jazz releases I have in for review. Saxophonist Oscar Feldman comes from Argentina, where he plays for big and appreciative crowds. That's why Gol, his latest release, sounds both polished and revolutionary--this guy plays in entirely his own space and sounds like no one else and he's known for that. His bandmates--drummer Antonio Sanchez, bassist John Benitez, keyboard player Leo Genovese and vocalist Guillermo Klein--are all old friends of Feldman, and they have that masterful aura of a quintet that has flourished through most of its long and storied career.

Gol, humorously enough, is named for a soccer victory, as in "GOOOOL!" It's no secret that soccer and music are a huge part of Argentinian culture, and this collection of standards and originals is celebratory in a vaguely football sort of way. You'll get a free-form yet supremely musical version of Ellington's "I Let a Song Go Out of My Heart" that is held together with Feldman's outspokenly melodic sax, and you'll get a rambunctious version of the Beatles' "I Feel Fine' that resembles a drunken post-game party with plenty of Quilmes. You'll get Beck's "Nobody's Fault But My Own," which will not remind you of Beck at all until you look at the track listing and realize that yes, this is a Beck song. 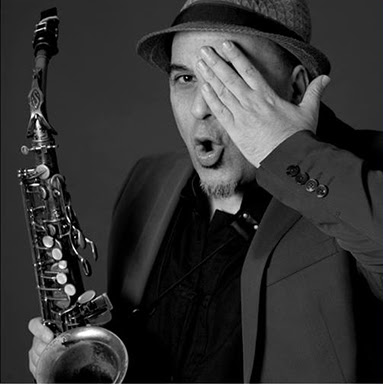 Feldman's lone composition, "Viva Belgrano"--Guillermo Klein is responsible for the other two originals--is the thematic centerpiece of the album. This is where Feldman rhapsodizes about his hometown football team and the goal that propelled them to stardom, all marked by a climactic GOOOOOL. You get the crowd noise, the commentary and all of the excitement in a unique jazz song that manages to elevate the originality of all eight tracks as a whole. Gol flows with this athletic and fanatical energy; it never stops to catch its breath.

The sound quality, by the way, is exceptional. This is another release from Zoho Records, and their releases have been uniformly excellent when it comes to creating magic in the studio. There's only one thing that could make Gol even greater, and that's a release on vinyl. The music, the artwork and the quality of these performances deserve the best.
Posted by . at 1:31 PM