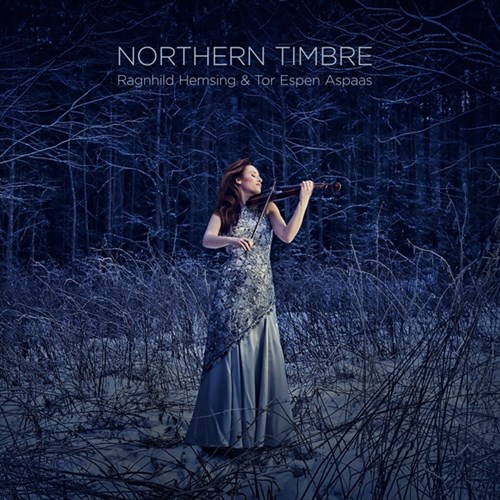 This one is entirely about the music.

That's a strange way to begin a music review, I know, but with a 2L release there's always so much more going on than the performances. There's the extraordinary care taken during the recording process to ensure that the sound quality is state-of-the-art, there's the cutting edge technologies used to achieve that goal and finally there's a theme to explore, usually a cerebral one that's aimed squarely at true lovers of classical music. These themes can be simple, or they can be so esoteric that only a handful of music lovers would discover the intent on their own without the help of the unusually detailed liner notes.

For Northern Timbre, that theme is graciously simple: Grieg, Sibelius and Nielsen are arguably the most beloved Scandinavian composers, and they influenced each other in many ways. The avenue for demonstrating this hypothesis is also simple--three duets for piano and violin, played with extraordinary passion and commitment by Ragnhild Hemsing and Tor Espen Aspaas. But there's a point, perhaps a few minutes into Grieg's Sonata No. 3 in C minor. where you're so swept up by this gorgeous music that you stop listening with your brain and the clipboard with all your notes falls to the floor without you even noticing.

That's the goal, of course. I've said the same thing about high-end audio for years, that you're not listening to the good stuff until you stop thinking about whether or not you're listening to the good stuff. When I review these wonderful 2L releases, I usually try to gather up as many brain cells as I can so that I can do justice to these exceptional and thought-provoking recordings and the intriguing ideas behind them. With those aforementioned themes, there are usually many layers to peel away from the onion which usually adds to the enjoyment--it's almost a multi-media approach. With Northern Timbre, I can't do that. I simply melt into the listening chair and take it all in and forget about everything else.

I will say this in regards to the stated theme: as you move from the Grieg piece to Sibelius' Danses Champetres to Nielsen's Sonata No. 1 in A major, there's a certain flow that seems to reinforce the idea that these three composers were all in tune with the idea of the "Nordic Sound." I've been attracted to Scandinavian music for many years, back to the Opus3 recordings I fervently collected in the '80s and '90s. That attraction has always focused on one aspect--the ability of Scandinavian music to create vivid images of northern life, especially when it comes to the idea of a warm fireplace in a warm home in the middle of a winter storm. That stimulates the happy places in my brain. 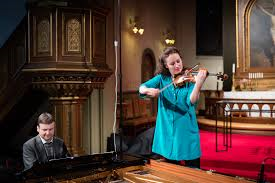 The idea that these complex emotions and memories can be triggered so readily by a mere piano and violin duet speaks volumes about the quality of the performances, as well as Morten Lindberg's affinity for recording in big warm Norwegian churches. Hemsing's violin is swift and playful and strong when it needs to be. Aspaas, on piano, is an equal partner--this music is played as a true duet instead of a showcase for the violin with the keyboards acting as a rather austere foundation. Hemsing and Aspaas weave in an out of each other as if they were engaged in dance.

Winter is coming, and this California boy now lives in a place where that means something. I'm looking forward to spending this winter with recordings like this that celebrate the Nordic sound, ones that are lit up from within by sheer beauty.
Posted by . at 12:00 PM