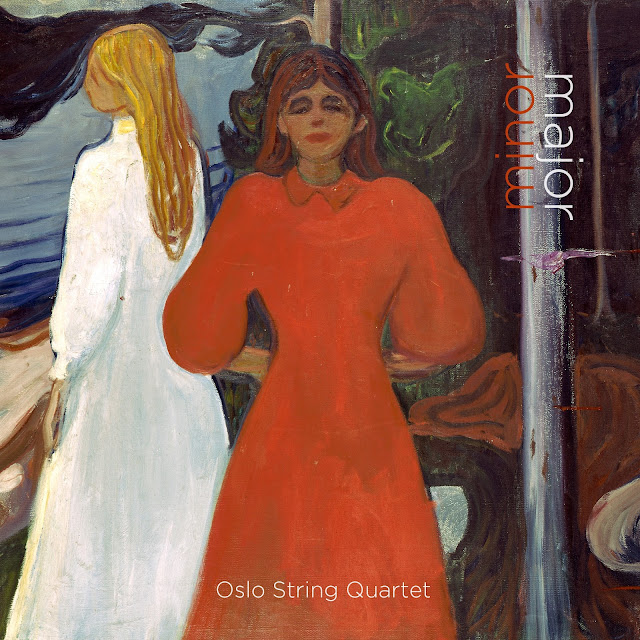 The theme of this particular 2L release is quite simple. Beethoven's Quartet no. 11 in F minor is indeed in a minor key, but as a fairly short piece it is often overlooked as one of his most important works. Schubert's Quartet no. 15 in G major is in a major key, and it is also considered to be a major work, one of imposing length and substantial impact. The idea here is to boldly place these two works on the same album and let the listener come up with an answer to the question "What is truly minor and what is truly major when it comes to music?"

Both pieces are played by the Oslo String Quartet, a 2L mainstay. Violinists Geir Inge Lotsberg and Liv Hilde Klokk, violist Are Sandbakken and cellist Oystein Sonstad take a purist approach to this music, playing it with precision and yet with all of the appropriate emotions intact. They understand, for instance, that one of the most intriguing characteristics of the Beethoven quartet is that despite the minor key it is not a sad or sorrowful work. Think about that for a second, because I certainly had to wrap my head around it. Back in college, my Music 101 professor told us that minor keys expressed sadness, regret, danger, anger...all the negative emotions. In about twenty-two blissful minutes, he is proven wrong. 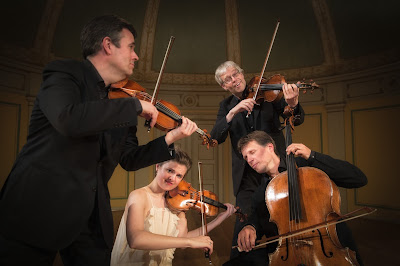 The Schubert quartet does not prompt the same sort of musical revelation and re-evaluation; it is merely ambitious and grand. The Oslo String Quartet is up to what must have been a physically challenging performance for them--there is so much furious energy here, and you can definitely hear the musicians breathing hard and pushing their bodies to the limits in order to deliver a flawless performance. As usual this is where 2L excels, at reminding the listener of the intimate relationship between musician and instrument (something I obsess over every time I get one of these spectacular Norwegian recordings), and how mere humans have to push themselves to the brink to commit to perfection.

Finally, I want to throw out an idea--string quartets are a perfect match with 2-way speakers. 2L Recordings' Morten Lindberg might disagree with this since he's a pioneer when it comes to using such technologies as 9.1 Dolby Atmos and 9.1 Auro 3D 96 khz and MQA for even a "simple" quartet recording. (It's obvious that these surround-sound technologies come in handy when it comes to placing a small quartet in a large Norwegian church.) But I use several high-quality 2-way loudspeakers as a reference in my two channel set-ups, and for me this is the ultimate in realism. I've heard plenty of bigger speakers enlarge the size of small ensembles to the point where each musician is ten feet tall. Excellent two-way monitors really prove their worth when it comes to this kind of music, which is why I could spend my golden years listening to recordings like this--quite simply, it approaches sonic perfection.