Jazz It Up: Ukrainian Songs for Three Dads 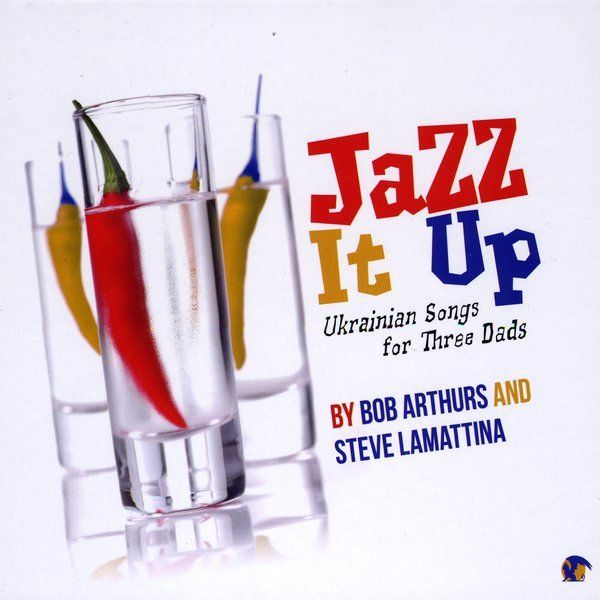 This one can be summarized thusly: a horn player and electric guitar player get together and perform Ukrainian folk songs that have been adapted into jazz pieces. You can almost stop right there and have a pretty good idea of what this album sounds like, and whether you'll like it or not. But you would be cheating yourself by not sitting in on these sessions and experiencing all the feeling behind the music. Bob Arthurs, a well-known trumpet and flugelhorn player, has teamed with the mellow electric guitar jazz of Steve LaMattina, and both are extremely astute in these interpretations. Until you sit and listen, however, you'll know nothing about the heartfelt longing that rises off the surface of this music like an early morning mist on a quiet lake. Each one of these songs tells a specific story, even when there are no words. (Arthurs sings on five out of the eleven tracks.) You'll feel like each melody is a history lesson, a window into another time and place.

The entire project was the idea of producer Irena Portenko, who is indeed from the Ukraine. The titular trio of fathers belong entirely to Irena--her father, her uncle and the father of her daughter Anastasia. She also alludes to her beloved homeland as a father as well. Portenko collected a number of Ukrainian folk tunes and sent them to Arthurs and LaMattina and asked if they could play them in a jazz context. While the two performers only had a couple of days to record all of these songs, there is nothing that sounds rushed. "They are very beautiful songs," Arthurs says, and it's clear these unusual and lyrical pieces would stand on their own no matter how they are interpreted. 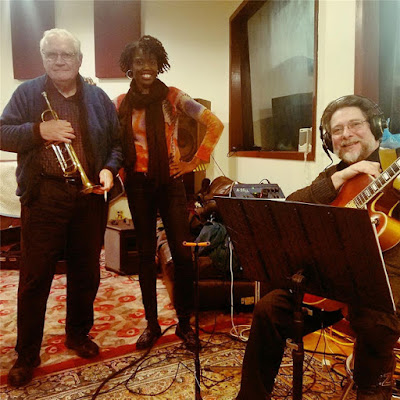 That means these songs tend to step out of their jazz trappings more often that not. Perhaps a rhythm section might have anchored these performances to that genre in a more specific manner, but there are plenty of moments where the duo sticks to the core of the song--the basic melody, the tempo and all of those distinct Ukrainian touches. LaMattina can deliver the rhythmic support with his relaxed strumming--he's very precise in a affable way. That's where this music connects to jazz. But so much of it is tethered to the spirit of those original songs and those very strong feelings. It's a balancing act, and it's accomplished with considerable skill.

Kudos also go to Portenko the producer. It's not hard to bring out the natural sound of two performers on the stage, but she adds just a slice of atmosphere that delves into her own sense of nostalgia. There's plenty of sonic interaction between the instruments and the studio that's rich and thoughtful. The execution of Jazz It Up is what's so fascinating--on the surface it's two guys playing quiet and intimate jazz, but as you pull away you see the inspiration supplied by Portenko and ultimately the experiences and histories of an entire nation located on the opposite end of the globe.
Posted by . at 12:14 PM