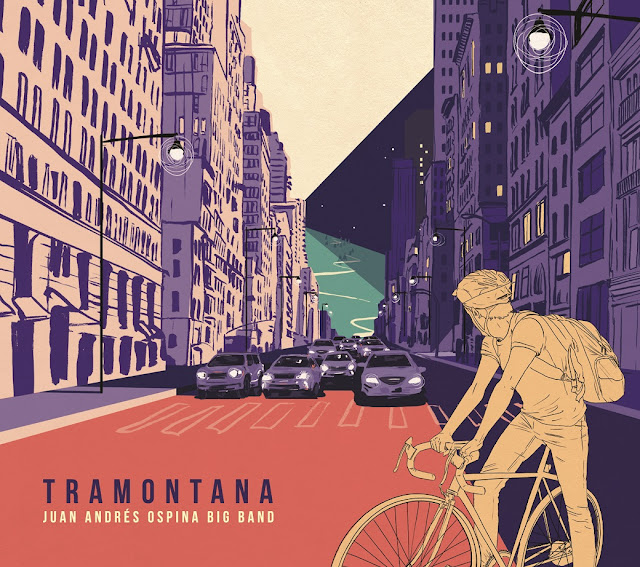 After finally completing that big University of North Texas jazz review--it should appear in Part-Time Audiophile shortly--what's next? More big band? Really? Fortunately this one stands apart from the crowd because of all the Latin and Hispanic influences. Juan Andres Ospina's Big Band has landed with Tramontana, a swirling global survey of different sounds and influences. It is not anchored in the traditional big band catalog so it is free to explore in an almost romantic travelogue sort of way. These six rich, flowing tracks--all originals except for Jimmy Van Heusen's "Like Someone in Love"--have the freedom to paint their own unique and colorful portfolios.

My first impression was that I was listening to Brazilian jazz with its exotic rhythms and fluid female vocals, ba ba ba BAAAAAAH. After reading the liner notes, I learned that tramontana is the name for a gale force wind that often hits the Catalan coast. I thought I was mistaking Brazilian cues for Spanish ones and I listened some more. Then I found out that Ospina is a beloved bandleader and composer from Colombia, and I was back to thinking his band's sound was firmly located back on the South American continent. Add Cuban sax legend Paquito D'Rivera and Colombian singer Lucia Pulido, and well, it's time for me to give up on fixating on a particular piece of geography. Tramontana is complex in its moods, and it encompasses many histories. 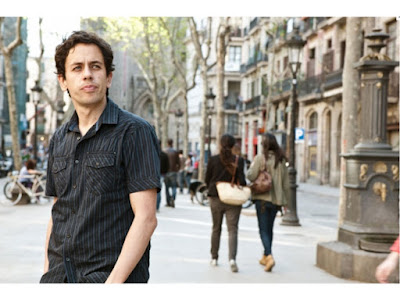 Ospina, who has been working on this project for a decade, is faithful to just one concept--the powerful wind that inspires his compositions and arrangements. It's clear that he had to assemble a big band, a really big band, to realize this specific sound. Big band jazz, more often than not, is about using it size to create dramatic impact. Ospina has a distinct and differing opinion. Although the melodies are propelled by big brass sections, the fun is in the periphery with its many textures. Ospina takes advantage of D'Rivera's appearance on "Todavia No," and there is no doubt who the star is on the stage. His counterpoint creates one extra layer of depth, while the steady feast of percussion delivers yet another. Then you look at the huge line-up from musicians from faraway places such as Israel, Argentina, Greece, Canada, the US, the UK and of course Colombia, and each one of those puzzle pieces creates an incredibly luxurious whole.

I'm grateful for this album and for the timing of its arrival. As I said, I've been listening to a boatload of big band jazz lately and I'm usually the type of person who loves to mix it up and be omnivorous when it comes to my music diet. Tramontana creates such a unique palette of sounds and feelings that I found myself dislodged from the big band rut and feeling like I discovered a new frontier in jazz. It blew me away, like a gale force wind. Use THAT as a pull quote. I dare you.
Posted by . at 3:14 PM