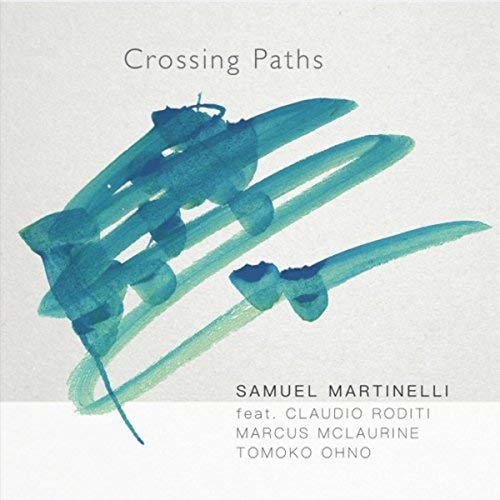 This new release from drummer Samuel Martinelli touches on two phenomena in contemporary jazz that I personally enjoy. First, as I've mentioned repeatedly, I love it when a drummer leads a band and can use rhythm in order to inspire his fellow performers when it comes to taking up the melody that's on the page. In this case it's Martinelli's debut recording, so it's doubly exciting that he can take the reins and guide this exciting and talented quartet through a recording that contains mostly his original compositions. (The lone standard is Dizzy Gillespie's "Birk's Works.") Second, I've been discussing how Brazilian jazz often follows exact rules, and it's fascinating when someone ventures past the boundaries and offers something that's only tangentially a part of that genre. Martinelli is actually from Brazil, so he has that unique perspective that is borne from a lifetime in the midst of these distinctive rhythms and how to place them in a greater context for the rest of the world.

This is, therefore, Brazilian jazz performed by a straightforward quartet--Martinelli has chosen veteran horn player Claudio Roditi, bassist Marcus McLaurine and pianist Tomoko Ohno to accompany him on this ride. First impressions are of a straightforward quartet playing fabulous jazz, not necessarily brimming with the prerequisite polyrhythms and angelic voices but with a warm simplicity that immediately plugs in the right connections. Each one of these four musicians have that razor-sharp feel for their instruments and how the percussive sounds they create can somehow lock horns with the drummer, who also happens to be the boss. McLaurine is particularly adept at this with his expressive bass runs, which is no surprise since he's played with both Count Basie and was Clark Terry's bassist for more than a couple of decades. 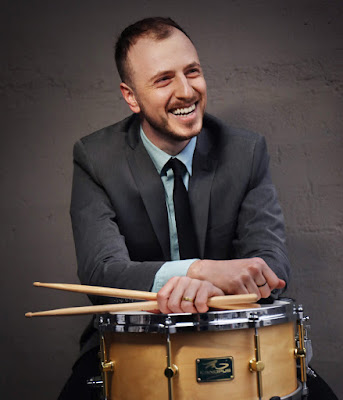 Martinelli, however, has such a comprehensive knowledge about jazz drumming that the Brazilian influences are just one small part of his signature. He's committed to educating the public about Brazilian music since he has created a music school, Brazilian Clef, which serves that exact purpose. The jazz here is so straight, so universal, that it takes someone very familiar with South American innovations to spot them. Crossing Paths doesn't have an overriding theme like so many contemporary jazz releases. This is a calling card, and the fine print suggests that whatever you throw at Martinelli, he can through it back at you and make you nod approvingly. The icing on the cake, of course, is that he composed and arranged seven out of eight tracks. So it's not so much about arranging and interpreting as it's merely showing you what he possesses in his heart. It's real and genuine.

That all goes back to the first point, that drummer-bandleaders are usually fascinating when it comes to arrangements. Contemporary jazz has long eschewed the Buddy Rich-Gene Krupa model of having an amazing drummer show off and then dare the others on stage to keep up. Like many of his contemporaries, he is unusually kind to the others here. Maybe that's because he's surrounded by three incredible musicians with a daunting ledger of experience, and he doesn't want to step on anyone's toes. I think that's a cop out--jazz quartets are all about synergy, and these four musicians give the listener so much to think on. If there's one obviously Brazilian point to all of this, it's the beauty in which they play as a group.