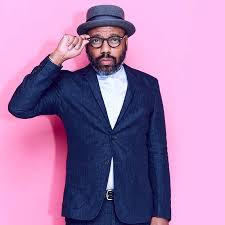 When you look at the whole picture, however, a different perspective emerges. Honesty, as I've already mentioned, is sometimes a rare commodity among jazz singers. He sin't afraid to toy with the tempo, or find another key that fits what he is feeling. It's different, as I've said. But it commands your attention in a way that's refreshing. There's a deep resonance in his voice, something that gets pulled deep from within this man, and it means something.
. at 1:10 PM
Share