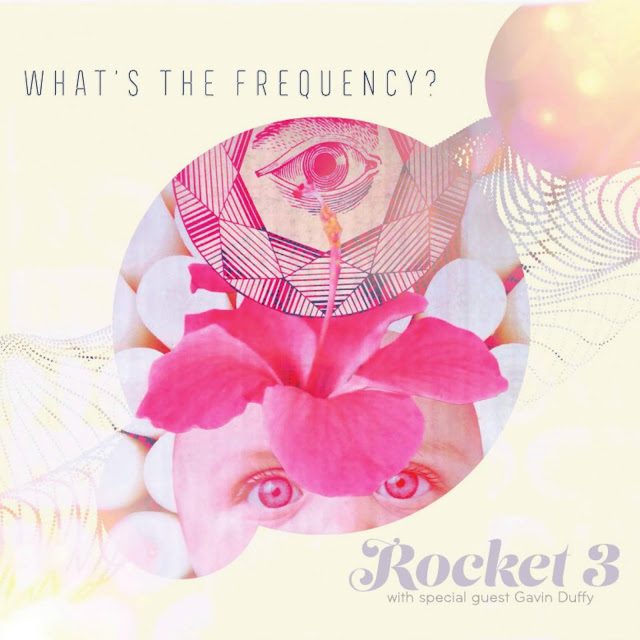 It's been a while since I heard from my longtime Facebook friend, Ramune Nagisetty--March of 2017 to be exact. That's when she sent me a digital copy of a new album of her side project, Avalanche Lily. In that review, I noted that "what Avalanche Lily does, thankfully, is transport me back to that same period of the early 1990s where so many pop genres blended together which resulted in a general broadening of young minds." It's been about four years since her last album from her main band, Rocket 3, which I found to remind me of half a dozen '90s girl-led bands such as Letters to Cleo, Clouds and Elastica. I found Avalanche Lily to possess a cleaner and more stripped-down sound than Rocket 3, although I loved both albums.

Now it's time for a new album from Rocket 3, which sort of takes the best parts of those two albums and combines them into a beautiful pop valentine. What's the Frequency is, as you might imagine, a nod to that famous REM song from Monster, but it's also a loving poke at new bassist Kenneth Foust, who joined the band in 2015. Ramune, of course, sings and plays lead guitar, and she has that fabulously breathy and innocent kind of voice that takes you once again to the '90s when indie bands like Belly were taking over college radio. Ramune's guitar has always taken her bands down a different road--it's clean and relatively lacking in effects, which brings an unusually present and alive sound to the mix. Drummer Andy Anymouse also returns--I've been always been a big fan of his energetic approach on his kit that matches so comfortably with Ramune's style. A fourth member, Gavin Duffy, contributes saxophone and keyboards that broaden the sound. 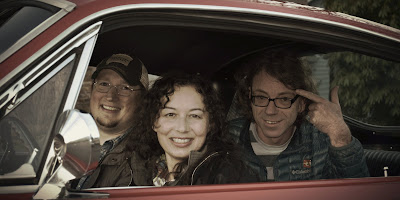 Like the other two albums, What's the Frequency catches you off guard with its friendly demeanor. I've used words such as "sunny" and "crisp" to describe Ramune's music. It's the kind of upbeat pop/indie rock that instantly puts you into a good mood. What I hear in this album, however, is the inevitable maturing that comes with recording, the playing around with the recipe until it tastes incredible. Ramune's lyrics are more bittersweet here, as they should be with anyone who's sharing the same time-space continuum as the rest of the world, but these nine songs are so consistent with that encouraging demeanor that makes you step back and wonder if we should all start listening to music as content as this.

Another thing I've always liked about Rocket 3 (and Avalanche Lily, of course) is the devotion to great sound quality. Since this is a basic, uncluttered ensemble, the music has always come off as unusually bright and clean--not audiophile bright, which is a bad thing, but crystalline. If you want to check out What's the Frequency right now, and you should, check out their website. If the world is gettin' ya down, this will fix you right up.