It takes a lot of nerve to introduce a $150,000 turntable to the audio world, even more so when you're a new company with no prior track record. Aleks Bakman, an engineer who "designs and builds airplanes" at his day job, had done exactly that. (Think SME, which got its start in aviation engineering as well.) I've been Facebook friends with Aleks--a kind, thoughtful and enthusiastic man--for a while now, and he made sure I listened to this precious and impressive gem while I was at CES 2012. 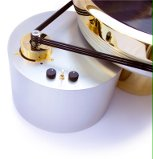 At first glance, the ONEDOF turntable (which stands for One Degree of Freedom) doesn't look like a $150,000 turntable. Most of the super 'tables from the likes of Continuum, Clearaudio, Rockport and Goldmund are massive pieces of machinery with integral stands and additional components such as huge power supplies and speed controls. The ONEDOF is a self-contained TT, one that fits neatly on the top of most equipment racks. This is not to dismiss the ONEDOF as small or simple or overpriced--Aleks has informed us that the cost of making the ONEDOF is quite high, and the figure he quoted implies that his margins are not inflated one bit. In addition, the ONEDOF is a beautiful, gleaming machine that contains quite a bit of new technology under those shiny surfaces. 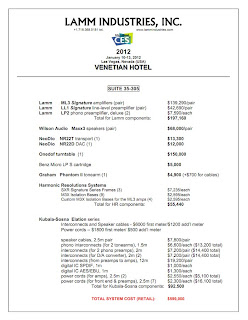 The ONEDOF was placed in a system that was quite impressive, even by CES standards. You know you have a hell of a system when the Wilson speakers you're using (the $68,000 Maxx3) are one of the most affordable components in the chain. Imagine this: over $197,000 worth of LAMM amplification, over $92,000 worth of Kubala-Sosna cabling and over $55,000 worth of HRS equipment stands. Surprisingly, Aleks kept it relatively modest when he chose the arm (a $4900 Graham Phantom II) and cartridge (a $6500 ZYX Omega). I'd be tempted to use a Breuer arm and maybe a Koetsu, but I'm convinced Aleks has tested the ONEDOF with a large variety of arms and cartridges and knows best. 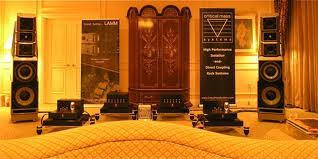 When I came into the room, Aleks was playing none other than "Stairway to Heaven"--at astonishingly low volumes. If I had a single reservation about the sound, it would be that the music was played at too low of a volume, something that Aleks said was under the control of the other people running the room. I kept wanting him to turn it up! But the paltry listening levels underlined the true strength of the system, since I was able to hear amazing levels of detail even at lower volumes.

It's hard for me to say, from my limited exposure to the system, that the ONEDOF was the reason why everything sounded so good. Every time I've heard a system with LAMM amplification, it was absolutely world-class in its ability to preserve musicality. The MAXX3s were so powerful and dynamic that I was surprised to learn they weren't the more massive Alexandrias or X-2s (they all sort of look the same). But when they switched to the digital front end--an impressive looking $25,000 DAC/transport combo from NeoDio, the entire system shrunk a bit and lost some of its presence, warmth and inner detail. The ONEDOF was definitely elevating this system into the stratosphere. 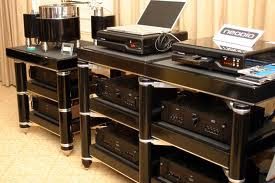 I had promised to visit Aleks before the end of the show and spend more time putting the ONEDOF through its paces, but alas, I was busy running my room and couldn't return. Aleks, who follows this blog, even prodded me to bring my favorite LP of the year (The Black Keys' El Camino) for a listen, but I'm sure that lo-fi masterpiece wouldn't even begin to let the ONEDOF truly shine. He did offer to let me review the ONEDOF, but Colleen and I were hesitant since it just didn't seem fair to evaluate a $150,000 turntable with the $30,000 or so worth of equipment we have on hand. Perhaps I can convince Bartolomeo Nasta to send me his Unison Research Absolute 845 amplifier and his gigantic Malibran speakers for the task.

Aleks hopes to get more coverage of the ONEDOF, so we'll wait and see how the reviewers with the supersystems react to this superb 'table. Do I want the ONEDOF in my listening room? Hell yes. Should I have one? We'll see. But even with my limited exposure to the ONEDOF, I can say it's one of the best-sounding analog rigs I've heard. The ease in which it lets the music flow is utterly rare, and I hope Aleks is able to take more time off from building airplanes to truly explore his talent for designing incredible and beautiful music-making machines.

For more information on the ONEDOF, please check out Alek's website at www.onedof.com. And if you're wondering what "One Degree of Freedom" means, Aleks says:

"The only one degree of freedom that my One Degree Of Freedom bearing leaves to the platter is the rotation about the straight line passing through the center of the Earth (which is my own definition of a vertical axis)."
Posted by . at 11:23 AM