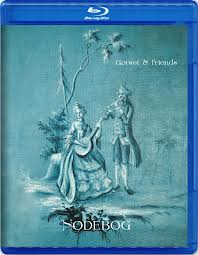 While my Facebook post from a few days ago may seem a little snarky, it isn't. I'm reminded of an old girlfriend who once told me that when she first met me, she assumed I was "a quiet guy who went home alone and listened to classical music all night." I've railed against that assumption for most of my life, but there's a part of me that wouldn't mind such an existence. But as Shannon Hoon once sang, "That Cadillac that's sitting in the back, it isn't me." First of all, my many years in retail management cured me of being a weekend person, so I couldn't care less that I was alone on a Friday night. I'd make up for it on Tuesday, when all the amateurs were home in bed. The idea that I would spend a Friday night listening to Norwegian folk music--replete with images of wood sprites and fairies--was also ameliorated by the fact that I was listening to yet another brilliant 2L recording, and on a stunning audio system. I felt like apologizing to Morten Lindberg, head honcho at 2L Recordings and Facebook friend, for seeming like I'd rather be anywhere else.

Nodebog is quite different from the other 2L discs I've heard. Performed by Hans Olav Gorset & Friends at the Jar Church in Norway, this recording features such period instruments as recorders, baroque flutes, theorbos, Norwegian folk drums and harpsichords. The music, made up of Halling dances, Pols dances, minuets and English country dances, was taken from handwritten music books that were compilations of European folk music used by the musicians of the time. As a result, much of these songs aren't well-known in the 21st century; the liner notes make a point of repeatedly holding these tunes up as "undiscovered treasures." Back in 18th century Europe, however, they were the Top 40.

I have listened to a wealth of recordings that feature period instruments, and all of them do a fantastic job of transporting the listener to another time. But the overall excellence of the 2L catalog brings additional depth to this venture by placing these performances in a venue that's alive, warm and preternaturally now. If you've ever been curious to hear what music sounded like 300 years ago, Nodebog will deliver an ample approximation. Gorset takes this one step further by insisting on a pure reconstruction of a group of rogue musicians who have been talked into an impromptu concert. There's a looseness and informality to this disc that brings the listener far closer to the musicians than expected. 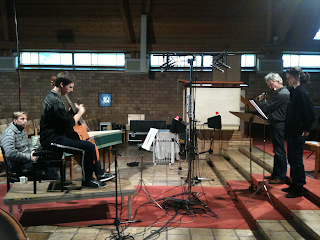 I received this disc in the mail just a day or two before deaprting for the AXPONA Show in Chicago. I brought it along, still in its shrink wrap, and decided to bring it out to play for a trio of gentlemen who wanted to hear something "different." With the opening notes of the recorder on "Air La Lovis," one of the gentlemen proclaimed, "Ah, this is what I needed." Exhibitors often play pounding, dynamic tracks to lure visitors into their rooms, but more often than not attendees are looking for a gentle oasis--a place that resembles home. Nodebog should be listened on a cold night, somewhere in proximity to a warm fire, indeed the very definition of a Norwegian oasis.