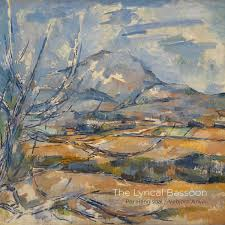 I've been lucky enough to have two up-close-and-personal encounters with the bassoon. The first involved a friend who played one, and he invited me to his house once to hear him play. The second involved Lewis Lipnick, the celebrated contrabassoon player who once served as "Musician-in-Residence" for Stereophile, as he offered a seminar at a trade show back in the mid '90s. There Mr. Lipnick treated us to that amazing B flat, one of the lowest notes achieved in the orchestra--a rare treat.

Most people know the bassoon by its avuncular tone, mellow and comforting, surrounded by more the more flashy denizens of the woodwind family. In the "near-field," a bassoon has so much more going on. It buzzes and rattles, as do many double-reed instruments, and its valves click audibly. It's one of those instruments that effectively documents the interaction between musician and instrument in a thoroughly delightful way.

That said, there aren't many recordings that reveal these acoustic cues in a believable manner--the bassoon, it seems, is often condemned to distant perspectives in order to shave off these edges. 2L Recordings' new CD/SACD release, The Lyrical Bassoon, is a godsend for those wanting to develop a more intimate relationship with this increasingly rare instrument. A collection of duos between bassoon (performed by Per Hannisdal) and piano (performed by Vebjorn Anvik), The Lyrical Bassoon is comprised primarily of pieces written in the first half of the 20th century by composers such as Camille Saint-Saens, Paul Hindemith, Edward Elgar and more. Quite a few of these pieces were commissioned for the Paris Conservatoire, where the bassoon and other woodwind instruments were held in exceptionally high regard. 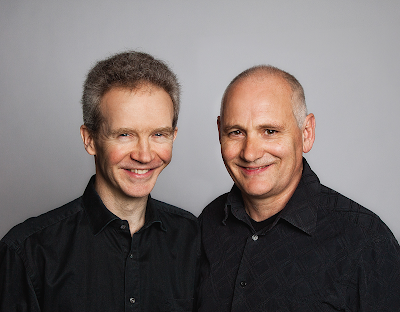 Despite the fact that this album features relatively modern works, you won't find a lot of dissonance and sharp angles. (Morten Lindberg of 2L doesn't shy away from more adventurous repertoires, as we all know by now.) I suspect that a bassoon album featuring Webern, Schoenberg and Bartok might be tough to penetrate, and the programme here focuses on the melodic and the genteel. This is an ideal disc for a quiet weekend at home, and the sonics are more than convincing enough to make you believe that Hannisdal and Anvik have stopped by for a visit. While listening, I'm constantly reminded of those two live encounters I've had with bassoons, and how mesmerized I was.

Most importantly I made a profound emotional connection to one of the pieces, Charles Koechlin's Sonate. The piano in the middle section offers a counterpoint to the bassoon that is wan, slightly bleak and full of longing, and it creates incredibly sharp visual images in my mind. It reminds me of one of my favorite Scandinavian pieces of all time, Lars Erik Larsson's Concertino for double bass and string orchestra, op.45, which can be found on the amazing Concertos for Double Bass and Orchestra on the Opus 3 label. Larsson's piece amazes me with its ability to form icy, forbidding landscapes through absolute music, and the Koechlin piece has allowed me to revisit that same journey for the first time in 25 or 30 years. Every time that piece is played, I have to stop everything and close my eyes and focus on the inexplicable yet convincing emotions that start flowing through my body. 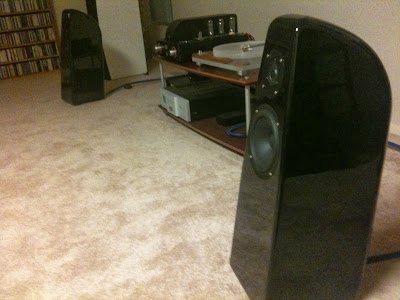 For this review I had the pleasure of a visit from the My Audio Design Baron loudspeakers that we showed at the New York Audio Show this spring. It's the first time I've had these speakers in my system. The photo above is a little misleading--these look like floorstanding speakers but they are actually designed to be placed on relatively short stands--approximately 12 to 15" high. Sitting on the floor, they look tiny, like little stout elves. In this configuration, however, they project an enormous soundstage and produce bass that is very rich and very deep for their size. I've commented before that the soundstage is a bit novel--it seems to drop beneath the floor, offering a perspective that's like listening from a balcony.

What the Barons did for The Lyrical Bassoon was nothing short of amazing. Not only were Hannisdal's bassoon and Anvik's piano presented in a completely lifelike way, with accurate size, but the lovely acoustics of the Jar Church in Norway were also preserved completely intact. Well-heeled audiophiles often have the luxury of owning several pairs of loudspeakers, and perhaps this is the reason why--some hi-fi systems are simply suited for some types of music. In this case, the Barons and The Lyrical Bassoon are a match made in heaven. I'll be sad in a couple of days when I have to send the Barons back to our dealer.
Posted by . at 3:40 PM