Thoughts in Reverse on LP and CD 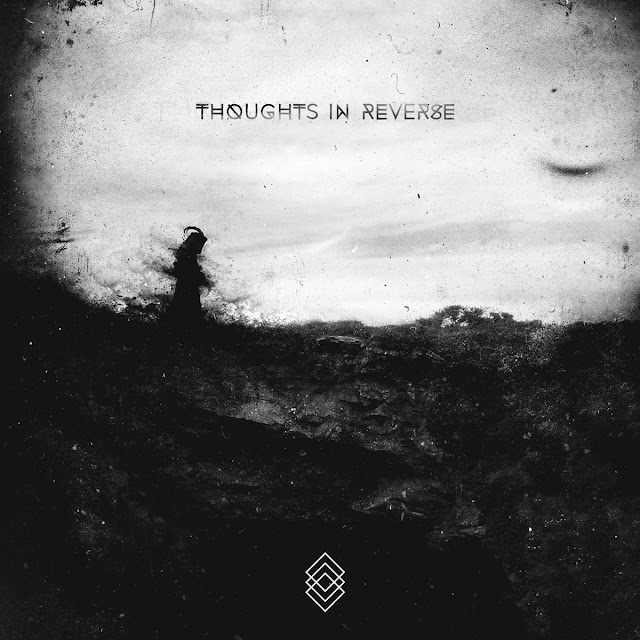 I had to work up to this one. This is, for all intents and purposes, as heavy as it gets for me. Michael Rafferty, my smoking buddy and drummer for Fall of Humanity, warned me about his CD, saying that a few tracks were pretty heavy--which probably meant that a 54-year-old like me might get whiplash from listening to it. I found Mike's band to be a pretty solid modern metal band, not too much for my aging ears. When I reviewed We the Wild's CD a few weeks ago, I may have been a bit too rough on them for their rather formulaic lyrical style--that oft-copied juxtaposition of the angry howl and the backing harmonies designed specifically for shouting in a large arena. I didn't find the growling too "heavy" as much as I objected to that type of vocals being an easy way out for singers who can actually sing.

Thoughts in Reverse makes all of that sound like Tiny Tim singing "Tiptoe Through the Tulips" on Laugh-In. On an old black-and-white Zenith. Back in the '60s. You want heavy? This album is rusty-garbage-can-full-of-mercury heavy. After listening to these six slices of precise yet baleful doom, I felt like I had a case of the cold sweats. I was so discombobulated that I listened to the new Norah Jones album immediately afterward just to get my bearings back, and I don't like Norah Jones. ("Get high/take flight"? Really?) In fact, I may have hurt my head a little after listening to Thoughts in Reverse. It might be permanent.

I can't even imagine listening to this on headphones. That's far too close. 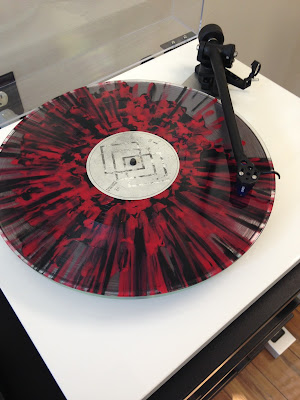 All right, I'm exaggerating. I'm not that wimpy about this kind of music. Just recently I listened to Napalm Death's highly acclaimed 2015 anthology Apex Predator--Easy Meat and found it a lot of fun. I'm not afraid of a wall of sound. In fact, I kind of like being swept away by tidal waves of pure noise. I'm also not saying that Thoughts in Reverse is the heaviest music in the world--I once heard a band in Austin that played so loud that it drove everyone in the club out into the street until the manager literally pulled the plug. But it's the heaviest music I want to listen to. If there's heavier, I'm okay with not hearing it.

This album came from Ulf Oesterle from Aux Records here in Syracuse. He and Jenn Bort from bettyElm records came in a few months ago and so far everything I've reviewed from the pair was from Jenn. I did sample everything from their pile or records after they left, and when I got to this one I said "Holy crap, wow...that's intense." I didn't know back then how I was going to approach it. But here I am, months later, attempting to do just that. 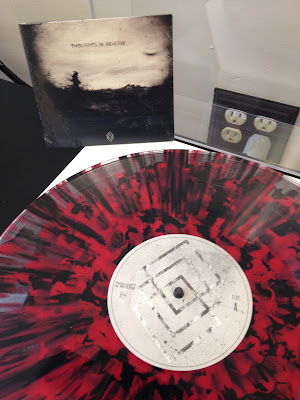 I'll say the following nice things. I love the colored vinyl. The pressing is clean and the sound quality is first-rate, especially for an indie label. (I've been very impressed with the bettyElm pressings I've received, and Aux seems to have the same high standards for their vinyl.) And while I can't quite don my reviewer's hat and talk about Thoughts in Reverse with a modicum of intelligence, I will say that I'm grateful to have it here--the next time someone tries to tell me that some piece of music is "heavy," I'll put this on and say "Heavier than this? I didn't think so."