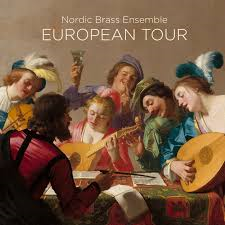 My love for Early Music came rather late in life, possibly because I had a college music professor who strongly believed great classical music began (and possibly ended) with Johann Sebastian Bach. Since then, I've dismissed that bias and I've discovered jewel after pre-Baroque musical jewel...Frescobaldi, Brumel and much, much more. In my mind, this music came before all the Western European formalities so there's more freedom to be emotional and to deliver absolute music. Even more importantly, there's that historical window thing I often bring up--it's one thing to marvel at a beautiful jazz recording from the late 1950s, but it's quite another thing to hear a piece of music that's 500 years old and think, a la Sideways, about what people were doing and thinking while it was composed.

This latest release from 2L Recordings in Norway delves deeply into the growth of European music in the Late Middle Ages and shows how new ideas were influenced by such factors as the Black Death, the Crusades and the subsequent cultural impact of Islam and how it replaced the long-established traditions of the Roman Empire. These are heady concepts for a relatively small brass ensemble to tackle, but European Tour is certainly one of those 2L Recordings where 2L comes up with a cerebral theme or connection within the program that's worth exploring. In this particular case, producer Jørn Simenstad worked with the Nordic Brass Ensemble to realize this goal. If you're a serious musical scholar, you can run with these ideas. If you're not, you can sit back and indulge yourself with beautiful music that's been recorded by the most skilled and thoughtful people in the music business. 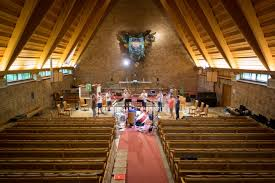 To me, a brass ensemble often evokes pomp, majesty and heraldry, and there's certainly plenty of those moments here. But what's surprising is how many of these passages are somber, reflective and even tinged with sorrow. The main idea in European Tour is that European music during the Renaissance was strongly influenced by military marches brought by Janissaries--elite soldiers from the Ottoman Empire. Before the culture clash, European music was focused on religious traditions, and that accounts for the more sacred passages. But these quiet moments are constantly juxtaposed with military drum cadences and a steady one-two beat. Jørn Simenstad and the ensemble then challenge you to think about how this moment in time, where two musical sensibilities collided, transformed history.

So if you're one of those aforementioned music scholars, that may inspire you to investigate these pieces and how classical music evolved into an art form that would culminate in such works as The 1812 Overture. However, I lean back toward those "historical windows" and discard the clipboard that contains all my notes and simply think about the fact that composers such as Francisco Correa de Arauxo, Carlo Gesualdo, Claude Le Jeune, Adriano Banchieri and Anthony Holborne lived in a world almost unrecognizable to us today, and they wrote music to accompany what was happening in that world. And here it is, ready for us to listen. 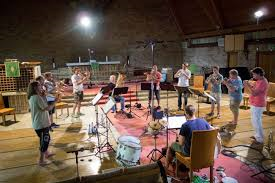 The sheer intelligence behind this project may overshadow the fact that the Nordic Brass Ensemble plays these selections so beautifully. With all the sudden emotional shifts that occur during this album, there's a certain understated discipline among these musicians. I started off with a discussion of the lack of formality in Early Music compared to the Baroque Era, but there's no doubt that the precision of the Nordic Ensemble and the extraordinary care of their performance preserves the so-called layers of the onion and allows the listener to enjoy this substantial work on whatever level that is desired.
Posted by . at 1:58 PM