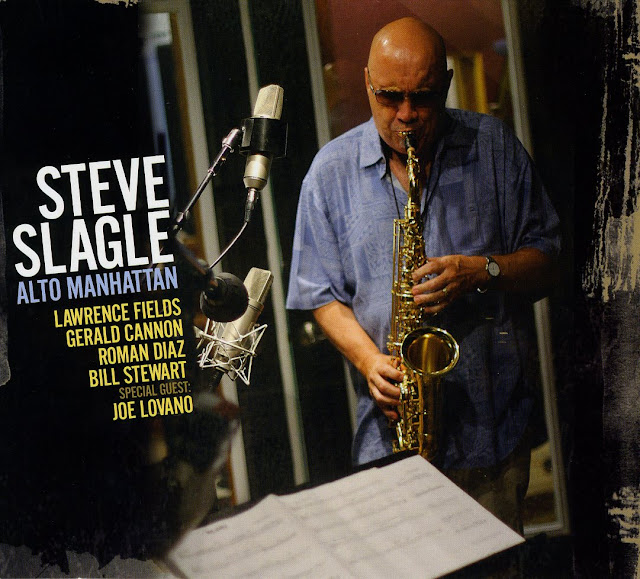 Just a couple of weeks ago I was discussing jazz with an audiophile friend of mine, and he made a statement that most great jazz was sloppy, out of control and spontaneous, and that most musicians were flying by the seats of their pants when they came up with their most memorable improvisations. I played the devil's advocate here only because I had just been reading about the modal jazz explored in Kind of Blue. Couple that very precise way of developing melodies with the unusually difficult time signatures of another classic from the era...say, Time Out, and you have a pretty good contrary one-two punch.

Steve Slagle's new album, Alto Manhattan, brought me back around to my buddy's point of view. I'm not going to call this vibrant, exciting collection of jazz standards "sloppy" so to speak, but it's certainly wild and fuzzy around the edges, more Webster and Pepper than Davis and Brubeck. Slagle is an alto saxophonist and flautist who plays with swagger and attitude and sexiness, and he surrounds himself with experienced NYC musicians who are equally dismissive of formalities and just want to play until they're close to passing out. 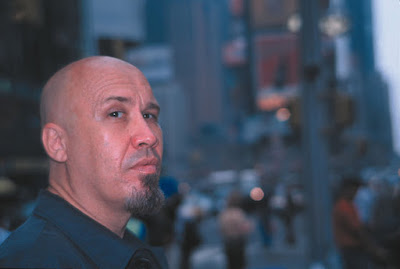 The album's title, of course, refers to the heavily Latino neighborhood where Slagle grew up and learned his chops--also known as "The Heights." This sort of ethnic influence is surprisingly mellow and restrained, however--it's just there enough to be interesting but subtle enough to highlight the fact that this is an album of standards ("Body and Soul," "Guess I'll Hang My Tear Out to Dry" and McCoy Tyner's "Inception") as well as plenty of Slagle originals that show off his big, sultry style. When he's center stage, as when he plays solo through "Body and Soul," he's amazingly disciplined. You won't hear a single displaced note. But Slagle positions himself front in center in a furious storm of percussion (Roman Diaz's congas and Bill Stewart's drums create a dizzy, wild ride in "Family" and "Holiday") and you'll hear this frenzy build as the performers feed off each other.

My only reservation is when Slagle switches to flute in the last two tracks, the aforementioned "Holiday" and "Viva La Familia," and Alto Manhattan shifts gears. Slagle's sax is beefy and confrontational, but his flute playing is more reserved. Perhaps it's a personal thing, and perhaps it's better to finish this forceful and energetic album on a more restrained note. Even so, Alto Manhattan impressed me with its breathlessness, its furor. And, of course, the sound quality is superb.
Posted by . at 2:13 PM