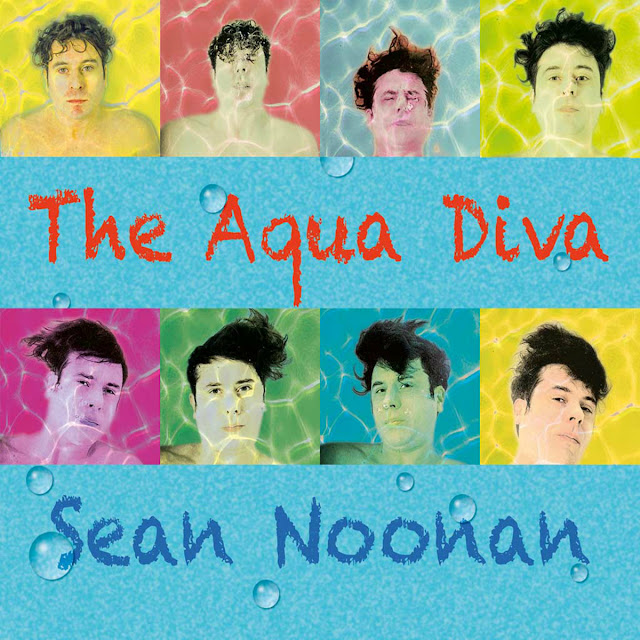 From a contemporary jazz standpoint, Sean Noonan's pretty weird. Part slam poet, part folkie and all drummer, Noonan creates the kind of free-form music that might not play with audiences who are looking for the next great jazz percussionist. But I suspect music this original and quirky might find a home with indie rock fans who might be looking for an interesting entry point into the world of jazz. To give you an idea on just how "different" Noonan is, I refer you to his press kit which describes his approach as having "the locquacity of an Irish band, the narrative rhythms of Samuel Beckett and the raw physicality of a street-smart boxer." After listening to his latest album, The Aqua Diva, I imagine him as a kindred spirit to Mike Myers' character in So I Married an Axe Murderer, only behind a drum kit.

Like Charlie MacKenzie, Noonan chooses an adept and deadpan jazz trio as his muse. Pianist Alex Marcelo and bassist Peter Bitenc are both quite serious when it comes to exploring a wild yet fully relevant rendering of be-bop, yet they're both in cahoots with the fey and slightly anarchistic tendencies of the drummer on stage. They're the anchors to this musical looniness, but they're also quite aware of the literate meanings behind the silly veneer. Noonan uses plenty of pop-culture themes in his original compositions such as Don Knotts (which is adapted from a variation on Conlon Nancarrow's experimental 12-tone themes), but he also knows how to mine reverence from traditional Irish folk songs such as "Wayfaring Stranger." He's a fan of both Frank Zappa and Edgar Varese, and those influences are mulling around in this album and waiting to be noticed. 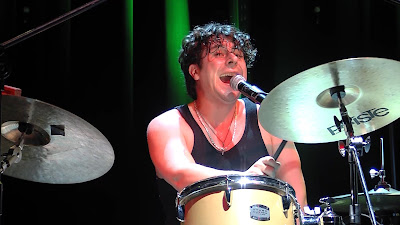 If this sounds interesting to you, it will be. Noonan doesn't have the kind of singing voice that jazz fans will respond to, as I've already suggested, but that's not the point. Noonan does have a flair for the theatrical, and he likes to make grand gestures that are framed in moments of sheer absurdity. If his postmodern sound--and I use that term rather loosely--doesn't appeal to you on first listen, you can always take a detour to the musical side and focus instead on what the musicians are doing. Marcelo is versatile and quite lyrical on his piano and he can easily draw you in and convince you he's an extraordinarily gifted jazz musician--after all, he played with Yusef Lateef for many years. Bitenc is solid on bass, straightforward and calm in this sea of flittering ideas.

Noonan's skills on drums are also evident. He owns many tempos and styles and can stop on a dime. You can imagine him performing solo, with just his singing and his kit, and you might deduce that listening to an album of that alone would be worthwhile and you'd probably be right. Then again, I'm grateful for the presence the other two provide because this hyperactive idea of an album gives you so much to chew on. Noonan, after twenty releases, thrives on collaboration and has recorded with a wide range of talented musicians such as Malcolm Mooney (the original singer of Can), guitarist Marc Ribot and Mali's own Abdoulaye Diabate. The Aqua Diva is not for everyone, but if you love the sense of overflowing quirkiness combined with real musical chops you'll probably dig this a lot.
Posted by . at 12:09 PM