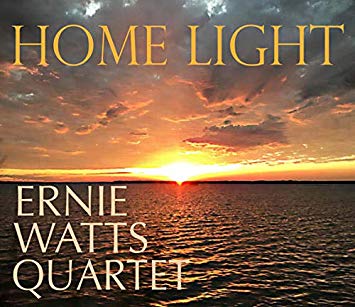 Over the last couple of days I've received a truckload of new releases, and I spent most of yesterday listening and trying to catch up--something that's easy to do when the outside temperatures struggle to reach zero. Many of these new releases are quite strange, in a wonderful way of course, and I have a feeling that February is going to be defined by the dark and murky waters of the avant-garde. Home Light, the new CD from the Ernie Watts Quartet, stands out as a beacon of normalcy in this whirlwind of the different. We're talking about four guys playing straightforward jazz with both expertise and emotion and there's a comfort to that, a feeling that despite the ominous sounds on the horizon I can still jump back and declare myself safe if I need to.

Sax player Watts is technically the leader of this foursome, but as he explains in the liner notes, "the music is a communal thing." Watts, drummer Heinrich Koebberling, bassist Rudi Engel and pianist Christof Saenger have been playing together off and on for 18 years. Each member has an almost equal role in creating music whether it's writing music or borrowing something from old friends. You'll notice this in the track listing and how the credits are distributed almost evenly between the quartet. 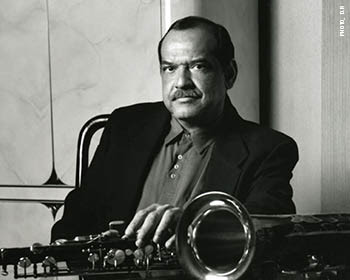 Despite this aura of calmness and familiarity, there is still plenty of excitement in Home Light. These four friends may be relaxed in their delivery, but they are always fully committed to the whole and never afraid of the occasional risks. Koebberling, in particular, has that restless and curious demeanor of a great jazz drummer. He rarely settles for merely keeping the beat, and his energy keeps the others on their toes. Watts is fond of his improvisations and creates phrases that slowly turn and evolve and burrow into the notes like a rabbit in winter.

As I mentioned, some of the new stuff I've received is daunting--especially in regards to fomenting sorrow and anger and sadness. Home Light is a joyful embrace from the purest of jazz, a recording that conveys the sense that these four gentleman would rather be up on a stage and performing with each other more than anything else. It's a great way to kick off February, a troublesome month in my neck of the woods (polar vortex!) and a reminder that music isn't any less vital when it only explores the happiness of being.