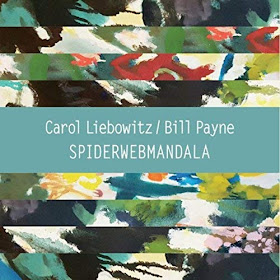 Difficult and dissonant, Carol Liebowitz and Bill Payne's new album Spiderwebmandala is not the type of easy jazz you want to reserve for a rainy day. Liebowitz plays the piano and Payne plays the clarinet, and this series of duets was improvised on the fly during a live performance at the Output Performance Space in Albuquerque. Poet Mark Weber presided over the two-day event, and he punctuates these duets with his ethereal poetry. The overall effect provides many of the same challenges as much of free jazz, even when Liebowitz and Payne occasionally wander into somewhat recognizable melody structures that ease these songs into a more lyrical and softened state.

The simple fact that this is just a piano and a clarinet in a live, open space helps to avoid the cacophony that free jazz sometimes creates. The simplicity of this ensemble allows you to climb into the notes from each instrument, and you'll start to hear both the sophistication in Liebowitz's style and the unique jazz timbre in Payne's clarinet. It's intriguing how the clarinet, through a seemingly spare progression of notes, can establish jazz themes and provide a firm foundation for the rest of the improvisation--it almost serves as the rhythm section and establishes the musical structures while the churning piano provides all of the dense and troubled emotions. 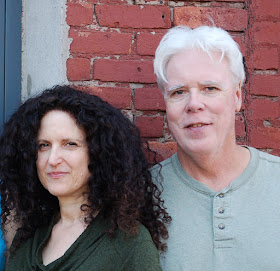 The duo has been performing together since 2010, and their first release featured a trio ensemble that included violinist Eva Lindal--hence the eponymous title Payne Lindal Liebowitz. That 2015 release generated a lot of buzz for the three musicians and was actually voted one of the Top Ten Jazz CDs of the year in an NPR poll. This release is a tad more esoteric, perhaps because the violin might serve as a middle ground for the other two. Your appreciation for it might just depend on your personal relationship to the piano and the clarinet. In addition, both musicians are skilled at coaxing unique phrases that often mimic sounds in nature, and the rapid shifts in theme suggest animal behavior--which reminds me, of course, of Diane Moser's Birdsongs.

What makes a pure improvisation like this so special is the fact that it can't be replicated. It can't be taken out on tour. It is a fleeting, one-time occurrence that would have only been heard by the 150 people present in Albuquerque if it had not been recorded. I've been hearing more and more recordings like this lately, the flowing uncharted improvisations, the kind of music Keith Jarrett used to put out regularly. This type of music is daunting to novices, but the joy comes from deeply knowing the physical characteristics of these instruments and how musicians are inspired by them to produce something that's truly one-of-a-kind.
. at 2:24 PM
Share