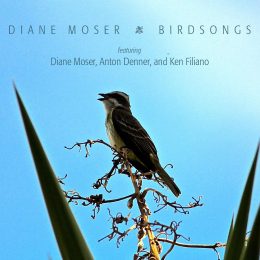 Every composer from Mozart to Kate Bush has been inspired by birdsong, so pianist Diane Moser isn't quite a revolutionary by releasing this, her new album. But Moser has spent most of her life doing exactly this--she was just five years old when she first wrote a song based upon the beautiful and varied sounds uttered by our feathered friends. "I love to listen to the sounds of nature," she says on her website. "All of it sounds like a big symphony to me, with master improvisers at work." During a 2008 residency, Moser would play her piano along with the birds outside her studio and she recorded the interactions. That started the whole Birdsong Project for her--over the years she has arranged these pieces for several types of ensembles and has performed them at all kinds of venues.

This particular recording focuses on a very simple yet beautiful trio--Moser on piano, Anton Denner on flute and piccolo and Ken Filiano on bass. As you can probably imagine, Moser is recreating the original conversations she had out in the woods, with Denner playing the part of the bird. Filiano provides just enough foundation and rhythm to place these compositions in the realm of jazz, although there are plenty of stretches where those genre anchors are cut and Birdsongs becomes singular in its observation of beauty in both nature and music. 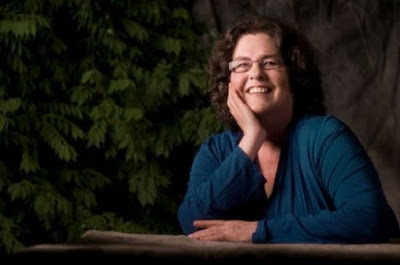 There are plenty of moments where the sounds might seem a little too on-the-nose, especially if you don't know the origins of the project. Of course they are trying to replicate the sounds of birds with musical instruments, you might think. How hard is that with the piccolo? What makes this music succeed on a much deeper level, of course, is that it's based on real conversations Moser has had with her avian contemporaries. She sat and she listened and all of her musical instincts kicked in and that's what you are listening to, not some sentimental scribblings based on the idea that birdsong is nice and our lives are the better for it.

Moser becomes even more introspective in the final sections of this album, letting Denner and Filiano take a break while she focuses on using just her piano to communicate her ideas. This is where you start to marvel at how beautifully she plays--at her most playful she sounds a little like Bill Melendez, and at her most somber she seems to pull melodies together that sound simple and yet as exotic and original as any bird outside of your house, right now. The more you listen to Birdsongs, the more exotic and original it becomes, which is why it's such a special album.
Posted by . at 1:11 PM