The cabling I ordered has just arrived...all from Cardas Audio. Like I said before, this is the first step in re-building my main system to its former glory. I usually don't recommend cabling as the first upgrade in a system--it's usually the last thing you buy after all your components are chosen and you're trying to dial everything in. It's just that my cable situation was a mess...a lot of leftovers, a lot of really old stuff and a lot of stuff that just wasn't up to par. Wiring my system with Cardas from end to end is a step in the right direction. 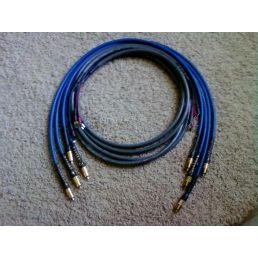 First of all, I received two sets of the brand new Cardas Clear Light interconnects...one to go from my phono pre-amp to my amp, and another to go from my CD player to the amp. Then I received a pair of the Cardas Twinlink speaker cables. Once I had everything hooked up, I immediately say down for a listen. Now I know a lot of people think break-in is a myth, but cables do need to be broken in like any other audio component. But I immediately heard a top-to-bottom difference with the Cardas cable in the system in the first few minutes.

My first record was RCA Living Stereo reissue of the 1959 album Clair De Lune with Raymong Agoult and the London Proms Orchestra, one of my favorite recordings of the Golden Era of Recording. Everything sounded much more immediate and detailed, as if everyone in the orchestra dragged their chairs and their music stands a few feet closer. I also felt more weight in the lower octaves; I felt a visceral buzz through my body every time the double basses made an emphatic appearance. This is the first time I felt my system go this deep in a long time. 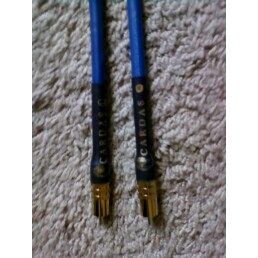 For now, I'm letting the cables break in for a couple more days before I settle in and really start to listen. But I'm looking forward to the improvements these Cardas cables will bring to my system. (Is this the dreaded "expectation effect" that clouds accurate ABX testing? Oh no, I'm doomed!)
Posted by . at 11:17 AM