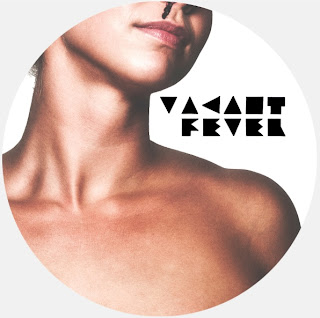 I wasn't sure what to expect when I received a mystery email a few weeks ago that asked me for my shipping address. "Do you have a physical address for promo material?" someone named DMM asked. "If so, we'd love to send you our new 7" EP for possible review." Before every loony on the Internet starts asking me for my home address so they can start sending my lovely little packages laced with anthrax, I have to say that I normally ignore such requests. But something intrigued about this particular email--probably the words "7" EP" and a subject line that read "Super Secret Press Shit."

A few days ago I received a package, and after it was cleared by my AMD (Anthrax Monitoring Device) I discovered it was indeed a 45 RPM single loaded with 12 minutes of superbly grungified rock and roll. Even more amazing, the sound quality of the five songs was well-recorded in a potent, swaggering and very "live" way. I've never heard of Vacant Fever before, but this little chunk of vinyl has been one of the biggest surprises I've had so far in 2012.

Kill Kill Kill, for the collectors out there, is a limited edition piece of wax (mine is marked 66 out of 500 on the actual record label) from an Oregon trio consisting of musicians DMM, Leon and Ian Dugas. All the songs were written by Daniel Michael Miller (obviously the aforementioned DMM) and recorded and mixed at Jackpot! in Portland. As Daniel--uh, DMM--wrote me, "Everything was recorded straight to 2" tape, no computers, & the vinyl lacquers were printed directly off the tape. So it was done as old school as possible...recorded with vinyl in mind as the main medium." That makes sense, since everything sounds so nice. The drums, once again, are the big star here--fluid, powerful and athletic. And if you're a fan of guitar feedback, you'll be able to hear every pedal effect, every dollop of reverb, as if you were the one turning the knobs.

A warning for the faint of heart--this is not light, frothy pop with jubilant choruses and a sunny overall disposition. The music is on the dark side--even the jacket cover is a slap across the chops, with its topless lovely sporting a bloody nose. (I edited the image above slightly to avoid one of those parental advisory tags on my blog.) Each of the five songs is brief, stripped down yet strangely unique; I gave up pigeonholing this music even though the band touts itself as "the twilight of grunge" with "the great DIY roots of influential indie rock." From this music I would guess these guys own a lot of black clothes and don't wash their hair every night before they go to bed.

Despite that image, the songs are full of great hooks, and blunt yet effective lyrics. (With song titles such as "Restless & Young," "Yeah Yeah Yeah" and "Like It or Not," you shouldn't expect anything else.) Best of all, you can order Kill Kill Kill from the band's website for a measly $7, starting March 6. You even get an MP3 download of the EP for free with purchase. You can also check out their other album, 2011's Heparin and Saline, for free. I know I will.
Posted by . at 4:29 PM