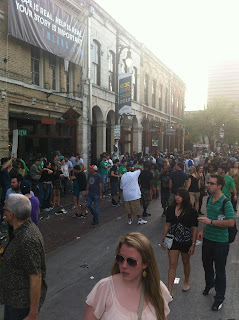 Another SXSW has come and gone. This is my third year in a row of living in the Austin area while the world's largest music festival raged on just a few miles from my home, and as usual I was so disorganized prior to the event that I just drove down, parked my car and just walked around. Every year I say the same thing: next year I'm going to fork out the big bucks and attend the main event. But those big bucks keep getting bigger--this year the SXSW passes cost anywhere between $700 and $1600 depending upon the level of access. I kept hearing from locals who lamented the fact that the first few SXSW festivals cost around $35 to attend. 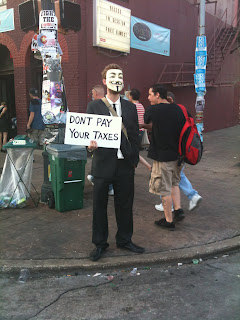 So this year, once again, I played it by ear and was content with just soaking it all in. 6th Street, in particular, was the focus, and I walked around and took in the craziness. I met with Jason Gross and Robin Cook at the Hilton--Jason is the editor and publisher of Perfect Sound Forever (he has been publishing my Vinyl Anachronist columns since 1998), and he was covering the show for Billboard. I asked him, "So, what was the big event this year?" 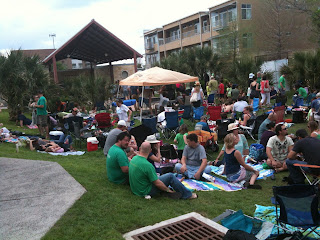 I started the day off attending the 7th annual BYOC event (that stands for Bring Your Own Chair), which is sponsored in part by my buddy--and Unison Research dealer--Brian Di Frank of Whetstone Audio. Held in the grassy park behind Brian's store, this is a family-themed concert complete with bouncy houses and miscellaneous vendors and has a real cool vibe. 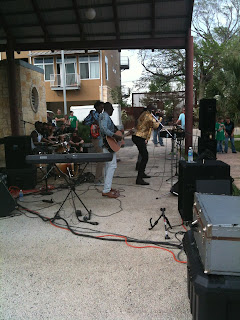 Featured acts this year were We Were Evergreen from London, Monsieur Perine from Colombia, Slam Dunk from Canada and Sauti Sol from Kenya. Here's Sauti Sol, a very dynamic band whose sound jumped from soul to reggae to romantic ballads during the course of their set. This was a truly fun band that featured synchronized moves from the musicians that reminded me of Motown's golden age. 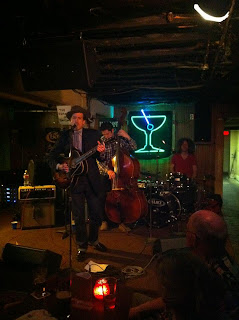 Later we headed down to the Elephant Room on Congress and spent some time drinking wine and listening a more sedate brand of music. This gentleman was particularly gifted, but because the acts were getting shifted around at the last minute, I had no idea who I was watching. All I could catch was that his name was Matt, and his music was a combination of Americana, jazz and folk. Hopefully I can find out a little more about him; my journalistic skills are becoming rusty. He was a marked departure for the Elephant Room, a venue that usually offers the best jazz in Austin. 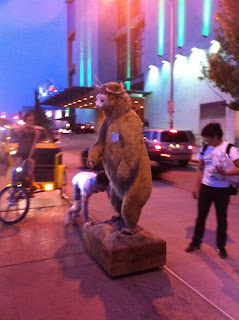 As usual, Austin during SXSW was very entertaining, even more so than usual. It's not every day you see stuffed bears rolling down the street. Next year I promise to be more prepared for the event--as long as I don't have to travel the country in the weeks leading up to the event.
Posted by . at 12:16 PM

Email ThisBlogThis!Share to TwitterShare to FacebookShare to Pinterest
Labels: sxsw 2012, the vinyl anachronist