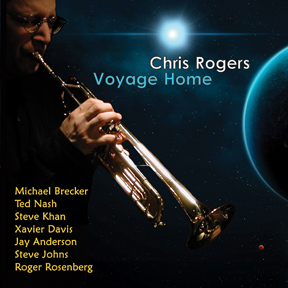 Over the last few months I've been reviewing a lot of jazz CDs from a variety of contemporary record labels. Most of these labels are small, and some of the packaging can be best described as spartan...or maybe just streamlined. This isn't a knock in any way, but it's obviously that many of these labels are small ventures that are dedicated to recording all of the musicians on today's jazz scene, the guys who are out there playing gigs 200 nights per year, sometimes for decades. But there's something strange about many of these CDs I've been getting. They sound fantastic. We're talking about redbook CDs, with no special designations on the back cover describing all of the hi-rez recording techniques, or the latest digital formats employed. They're just CDs.

Why do these "garden variety" discs sound so good?

Take Chris Rogers' album Voyage Home. I almost called it his new album, but it turns out it was released about a year ago. The label is called Art of Life Records. I've never heard of them before. Since 2000, they have released 46 compact discs and computer downloads. You can go straight to their website and order Voyage Home for $9.99. And it sounds great. I'm listening to a lot of hi-rez digital these days, mostly streaming from Tidal. Obviously I listen to a lot of jazz on LP as well, and I know what a great classic jazz recording sounds like.

I could play this at a high-end audio show, and I'm sure quite a few attendees would ask me what it was and where they could get it. I could blurt out something like, "Oh, this is the new Chris Rogers CD from Art of Life Records. You don't know them? They're fantastic!" I would never mention to them that it cost only ten bucks, because the jig would be up. 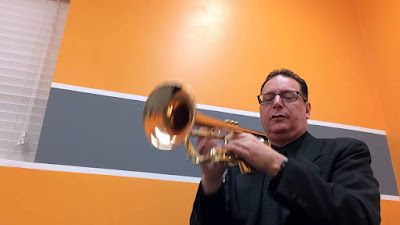 My point is this--a modest little jazz CD like this comes across my desk and I might not even pay that much attention to it for weeks. Then I slowly work it into the rotation, which means it plays in the background on a pretty high-quality system. When it comes time to review it, I start zeroing in. I sit in the sweet spot. I list to the entire disc beginning to end. By this time the album should feel comfortable and familiar. With these recent jazz CDs, however, this is the point where I'm totally surprised by the superb sound quality as well as the exciting performances. It's like I'm starting over and hearing them for the first time.

Rogers, who is a trumpeter and a composer, has been on the NYC jazz scene for quite a while--even though this is his debut solo album for Art of Life. He's assembled a big and bouncy ensemble that includes Michael Brecker (tenor sax), Ted Nash (alto and tenor saxes), Steve Kahn (guitar), Xavier Davis (piano), Jay Anderson (bass), Steve Johns (drums), Roger Rosenberg (baritone sax), Art Baron (trombone), Mark Falchook (keyboards and Willie Martinez (percussion). He's also featured his father Barry Rogers, who is quite well-known for his legendary salsa trombone.

Lay this all out across nine original compositions from Chris, and you have a tight, horn-based jazz ensemble playing with a perfect combination of precision and adrenaline. These tracks are also distinctively melodic, which almost tricks you into thinking that at least a couple are old standards. They aren't.

Rogers and his ensemble aren't blazing new trails here--hopefully you don't think I'm being dismissive by saying that--but this is beautiful, richly-played jazz, heavy on brass yet still lush and exotic enough to seduce you. Voyage Home should prompt audiophiles as well as jazz lovers to explore more of the Art of Life catalog, something I plan to do. I mean...ten bucks.