Who Is Ronnie Crawford? 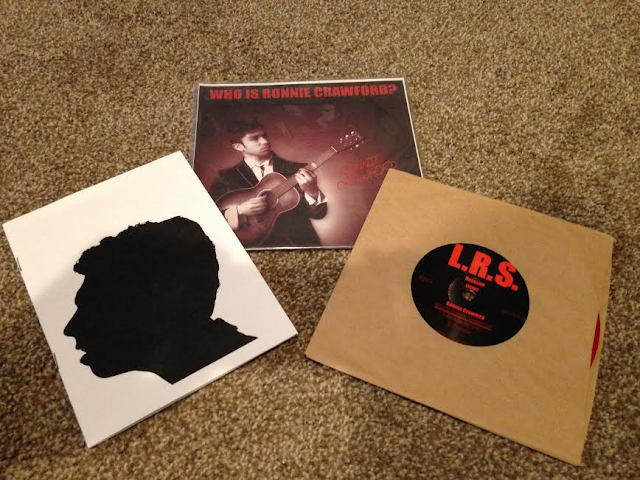 This little 7" single from L.R.S. Records here in Syracuse had slipped through the cracks. Or, more accurately, it slipped between two 12" LPs and has stayed there for who knows how long. I don't remember Nicolas Oliver or Mark Turley from L.R.S. dropping it off, so it might have been here for months and months and months. I'm glad I found it.

Who is Ronnie Crawford? After a perfunctory glance I determined it was yet another local Syracuse singer-songwriter, but then I read this in the included pamphlet:

"It is with great pleasure that we have the opportunity to share with the world, for the first time in over 50 years, the legendary and influential music of Ronnie Crawford." 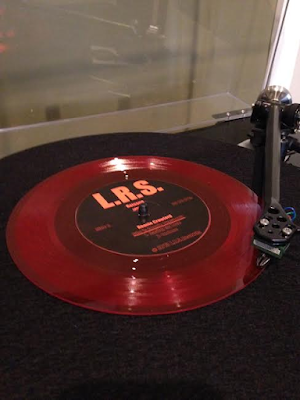 That quote is from Nic, who then goes on to include a bio on Crawford. He was born in Texas in 1937, headed out west at 17 and was soon busking on the streets of Santa Barbara. He wound up having modest success throughout the late '50s, partnered with a young producer named Phil Spector and recorded dozens and dozens of songs. Then on one fateful day in 1960, near Roswell NM, his car went off the road and his body was never found. In the aftermath, Crawford's later recordings were never released--they were destroyed in a fire. The bio ends with this sentence:

"With Spector now facing a life sentence in jail, it is possible that the location of Crawford's tapes will die with him in his dessert [sic] prison cell."

Shades of Jim Sullivan aside, it's a great story. It's also a sad story, since the four songs included here are superb and indicate a talent who should have been as famous as Buddy Holly or Roy Orbison. These tunes are best described as delicate rockabilly, ballads that roll along like Crawford's 1957 Chevy through the New Mexico desert. His falsetto is equally delicate, hinting at the strong emotional meaning behind these simple songs.

Clocking in at a little over 12 minutes and costing just $8, this disc is definitely worth the time. You can order it from L.R.S. here.
Posted by . at 12:23 PM