The Big Band Side of Andrew Neu--Catwalk 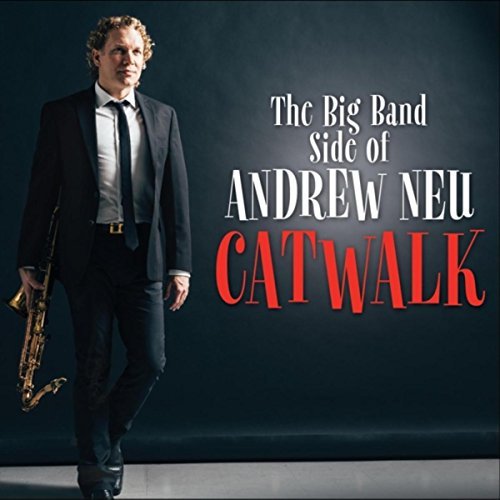 Yes, more big band releases, this one being the third of four in a row. I've noticed that over the last year I've been getting jazz releases in genre groups--female vocals, free jazz, the Hammond B-3 organ trios. I could break them up and juxtapose the genres, but I do try to write reviews in a timely manner, which means that I'd like to tell you about each album before the release date if I can manage. And I just happened to get four big band releases in the space of just a couple of days. Am I complaining? Not on your life. If anything, diving head first into certain genres gives you a better perspective when it comes to comparisons.

Speaking of comparisons, tenor saxophone player and composer Andrew Neu's debut big band album does have a unique feel that separates it from The Jazz Diva Orchestra and Ira B. Liss's Big Band Jazz Machine. The DJO was about precision and impact, IBLBBJM was about having a lot of fun with old friends. Catwalk, on the other hand, is all about style. It's about walking down an urban street back when the tall buildings were still in black and white. It's about cool and it's about hip. I've imagined so many of these big band orchestras as well-oiled machines, but Neu's group of pros are different. They're honey badgers, if you know what I mean. 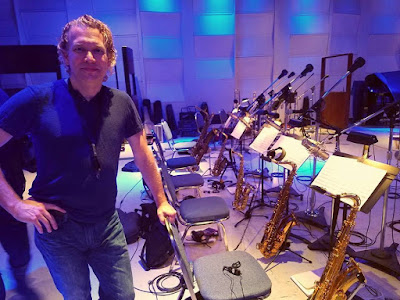 Neu has already released four CDs, and they feature smaller and more intimate ensembles. He's been working with LA studio musicians for so many years and he really wanted to gather them up and make a big band recording. "I feel that this is my most honest recording to date!" Neu exclaims on his liner notes, and you can feel it in this mix of eight originals and a scattering of covers. (Ennio Morricone's theme for Cinema Paradiso is a fun tangent, for example.) This band features such LA vets as Randy Brecker, Wayne Bergeron, Eric Marienthal, Rick Braun, Gordon Goodwin and Bob Mintzer, who is such an integral part of the Ira B. Liss release from yesterday. These musicians know one thing, and that's how to hang loose while playing tight. They hit their marks like most other big bands, but their sound seems to imply that those marks are going to be hit no matter what happens.

So yes, Catwalk has the excitement and punch of the other two ensembles, but they have plenty of swagger. I've been mentioning swagger a lot lately, and I think it's an essential component to playing great jazz. No one wants to hear a soloist who's not confident or who is overly nervous. We want our jazz performers to stand out on the edge of the stage and dare us to criticize what they're doing. As Janelle Monae once said, "You don't know nuthin'!" That's sort of the point. Trust these men and women and they'll take you to the same hangouts where Buddy Rich, Duke Ellington, Count Basie and Maynard Ferguson used to play.
Posted by . at 3:10 PM