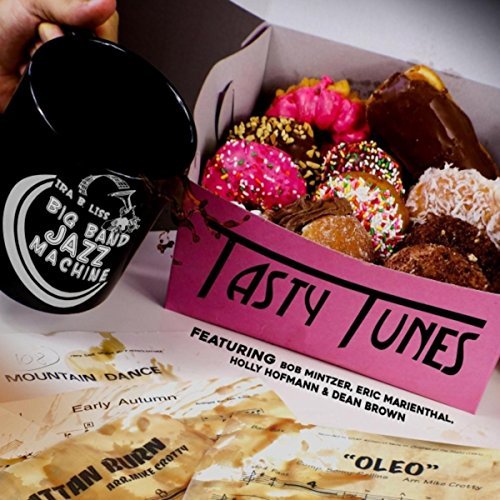 Perhaps there's a reason why I'm getting all these big band recordings while struggling to complete the University of North Texas project. Yesterday's review of the Diva Jazz Orchestra prompted me to think of these professional recordings as comparisons to the student output at UNT, and how everything should measure up. I went into the UNT project and its 11 CDs of tunes with a great first impression--"these kids can play." But when I listen to recordings from DJO and now the Ira B. Liss Big Band Jazz Machine, I'm hearing something that I'm not hearing on the UNT releases--confidence. The UNT students are obviously talented, but what they lack is that last bit of swing, that undeniable swagger that's so essential to jazz. The students aren't falling short, they're just in need of some life experiences to toughen up their sound with a bit of context.

The IBLBBJM (wow!) has been part of the Southern California jazz scene for nearly 40 years, and they sound like it. There is no floundering, only unbridled confidence and precision that I mentioned in the DJO review. When you think about big band ensembles and how that rigidity is portrayed to the public in films such as Whiplash or in those scary real life accounts of abusive bandleaders such as Buddy Rich, you start to think that perfection is the hallmark of this genre. In many ways this is the opposite of be-bop and free jazz and the other forms I've loved over the years where it's all about improvisation and exploration and not the notes and squiggly lines on the page in front of you. In big band jazz, there are plenty of opportunities for the killer solo, but they are often contained within the whole in a much more structured way. 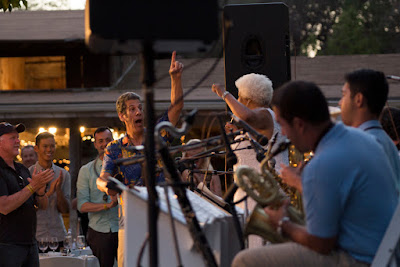 Tasty Tunes is the fifth CD from this well-oiled machine and features such guests as composer/saxophonist Bob Mintzer (Yellowjackets), composer/flutist Holly Hofmann (Brecker Brothers) and a few others. As you can tell from the title, there are no complex themes here--Ira B. Liss just wanted to have fun with his band. There's a wide range of styles represented here, everything from Rodgers & Hart's "I Didn't Know What Time It Was" to Dave Grusin's "Mountain Dance." Mintzer, who plays the role of the Very Special Guest Star, contributes one of his own compositions, "When the Lady Dances." While these tunes do arrive with diverse backgrounds, they are delivered in mostly the same way--with fast tempos and oodles of swing. Once in a while the band takes it down a notch, most notably with their version of "Nature Boy" that features lovely and heartfelt vocals from Janet Hammer. (Is it me, or is this song being covered by everyone this year?) For the most of the way, it's full speed ahead.

One of the most interesting things about IBLBBJM is Mr. Liss himself. He's six feet, seven inches tall and he is said to tower over his band while he's leading them. It takes a big man to do big band jazz, it seems, and this album sounds BIG in every dimension. Along with the DJO 25th Anniversary Project, Tasty Tunes is a polished and perfect gem of an album for big band fans everywhere.