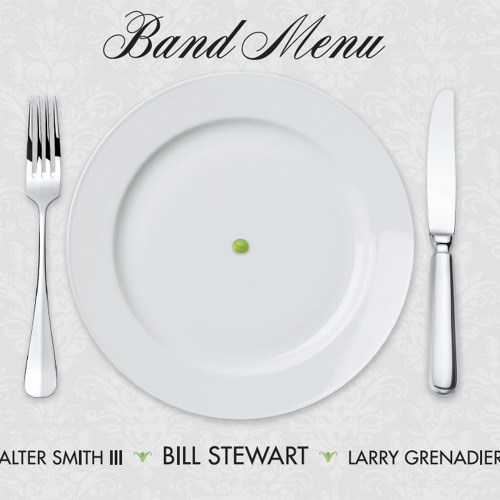 Pay Your Dues Fondue. Hand Rolled Drum Rug with Perspiration Reduction. Finger Snap Peas with Second Hand Emulsion. Mixed Sorbets with Freshly Grated Cymbal Stand Felts. These are the menu selections for drummer Bill Stewart's new trio recording. Along with bassist Larry Grenadier and tenor sax player Walter Smith III, Stewart has created a sly take on three jazz guys hammering it out and improvising like madmen. I want to call Band Menu an exercise in free jazz, but it is far too coherent to be called anything else than pure be-bop, perhaps minus the theme-improv-theme structure. Let's face it, this is highly listenable stuff, defined by its freedom but also carried by a quiet dedication to melody that turns out to be quite subversive.

Stewart is obviously an original jazz drummer. He's able to extract an encyclopedia of noise from his kit, and he isn't afraid to wander--it's been a long time since I've heard a wood block strike sound so inventive. He has a definite "I can do anything I want to" vibe, and each of these compositions are led by his curiosity, mated to a bad attitude. That's what makes this recording different than most--it's as if these guys don't care what you think. Either you get in the car or you miss out on the time of your life. Step on it. 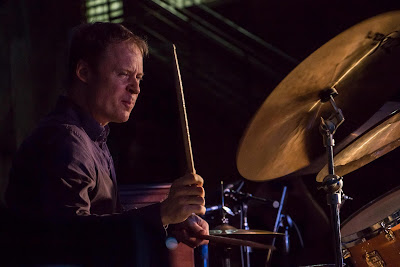 The wry humor here isn't just confined to the menu. The songs wear the ideas on their lapels, the most obvious being "F U Donald." There's also "Hair and Teeth," "Good Goat" and "Think Before You Think." Here's the tricky question, however--does this humor invade the actual music? That's hard to determine since these are jazz instrumentals, played with poise and skill. There aren't any obvious clues, such as pennywhistles or other Spike Jonesian conceits. But I think that attitude, and the way these three brandish it, is comedy of the highest order and meant to entertain the few.

It keeps coming back to this sublime sense of obstinance, this growing sense that Stewart, Grenadier and Smith are telling jokes just to see if you can get them, to see if you are hip, to see if you're "jazz" enough. There's nothing goofy or trivial about Band Menu, just a gloriously layered amusement wrapped up in stunning, serious performances.

As for me, I'll take the Wilted Recording Contract Salad.
Posted by . at 8:55 AM