Elsa Nilsson and Jon Cowherd's After Us 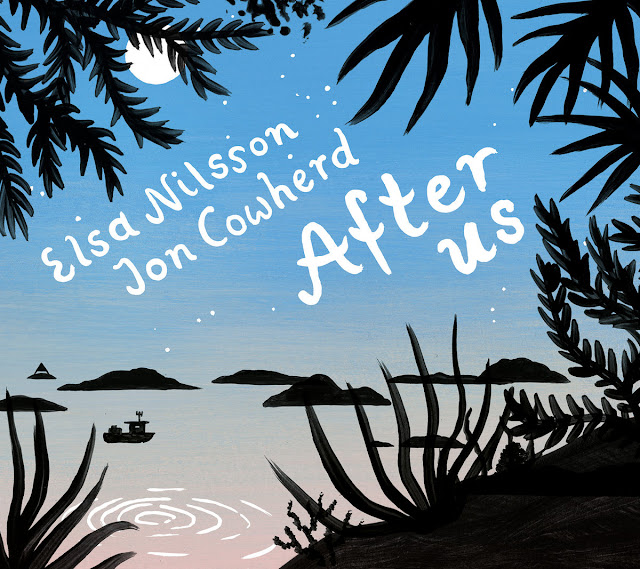 Yes, I got to spend a few days in San Diego this week and yes, it was warm and sunny. When I left Rochester on Wednesday morning it was snowing, the first real accumulation of the year. When I came back home on Saturday morning there was about a foot of snow on the ground. Over the last few days, that snow has continued to fall. Winter is here, all too suddenly it seems, and that means introspective music takes on a new and appropriate quality that for me is quite special. There's a window right next to my desk in my office where I can watch it snow--all while listening to music. That's what I'm doing right now, listening to a thoughtful duet between flute and piano.

Flutist Elsa Nilsson and pianist Jon Cowherd have been playing together in New York City clubs for the last three or four years, and they've developed that dry and plaintive style that reminds me so much of New England in the winter, or at least what I imagine it to be since Upstate New York is something quite different. Perhaps it's Nilsson's flute that creates this plain-spoken mood--like soprano sax player Jane Ira Bloom, Nilsson has a matter-of-fact Yankee tone that reflects an attitude of enduring, of getting things done in challenging conditions. It's that same vague feeling you get from listening to Vince Guaraldi's A Charlie Brown Christmas, a sense that everything is going to be okay because we've been here for generations and nothing bad has happened so far but yeah, it's really cold out there today. 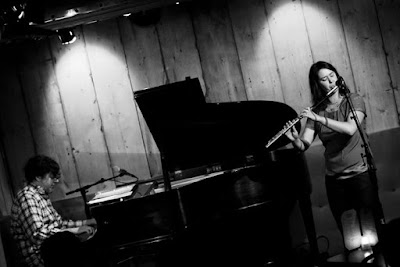 This is not to imply that Nilsson's flute is conventional or boring. She's actually quite loose with her playing and frequently dives into moments of pure inspiration and fantasy. "She believes there is a space to be found in music that gives us the freedom to be exactly who we are," the liner notes explain, "with no pretending and no hiding." That permits this Swedish-American flutist to "play just how she feels," which leads to some interesting choices when it comes to manipulating the sound coming out of her flute.

Cowherd's piano takes on a slight lushness that acts as a counterpoint to Nilsson. He's the melodic one, sticking to lyricism in the face of Nilsson's adventurous approach. He's careful and precise when doling out emotion, another possibly stereotypical Yankee conceit, but this reticence occasionally sprints out of the room when Nilsson sits back and lets her partner take over. He plays with understated power and energy, and that gives this duo a strength, the same kind of stamina that can get you through the winter, a whole season of staring out the window while thinking about everything.
Posted by . at 7:59 AM