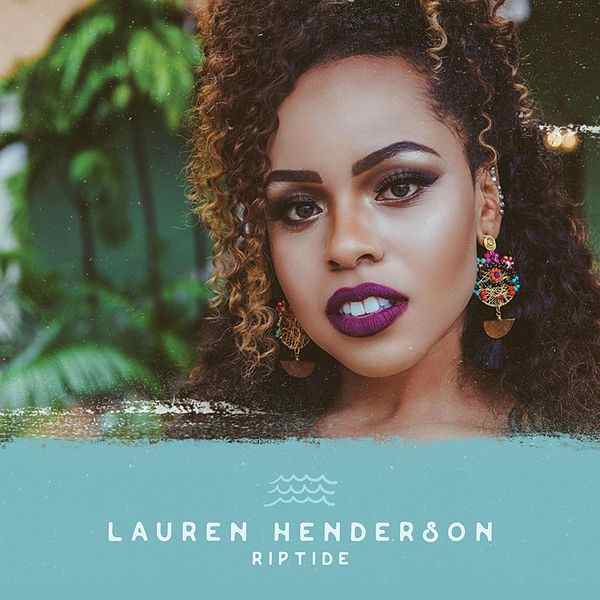 This delightful EP, just six songs clocking in around 25 minutes, is from yet another talented woman singer who has established a memorable and exciting jazz style in a very eventful 2018. The difference with Lauren Henderson, however, is that she's gone off on a pop tangent which allows her to show off her writing and arranging skills as it applies to her experiences. There are certainly jazz elements here, but Henderson also uses soul and R&B to reflect her multi-cultural background (Panama, Montserrat and other Caribbean locales) in the same way Sade did twenty-five years ago. This is Henderson's fourth album, but the first one comprised of her original songs. That makes Riptide a very personal project, one about her loves and relationships and her very interesting history.

Henderson's story highlights the intelligence behind her approach--her father was a dean at MIT, her mother was a VP at Fidelity Investments and she's currently earning an MBA at Wheaton College. She wants to start her own record label, "a small, boutique company that will maximize profits for the artists." This says a lot about her drive and focus, but her music shows another side of her personality--the romantic and vulnerable side. Her deep, rich voice is relaxed enough to create an aura of retrospection, that she's been through a lot and she's changed because of it but that's not going to stop her from doing what she wants to do. It's an interesting dichotomy, the driven and the winsome. 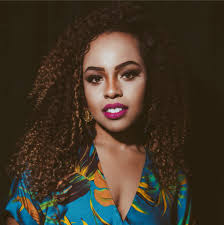 Another review, included in the liner notes, states that Henderson has "a special knack for being cutting edge and retro at the same time." This is a fair observation since she sounds decidedly adventurous, but I'm not sure if she's modern as much as just original. She has a way of vacillating between English and Spanish in songs such as the opening "Amame," a flow that's easy and distinctive and very, very charming. She's also backed up by a seemingly simple trio--keyboard player Chris Pattishall, bassist Eric England and drummer Joe Saylor--but they are so versatile that each track has a very distinct sound that suggests either more musicians, or at least different ones.

This is a quiet, thoughtful album that still has a playful beat and plenty of excitement. Henderson's low growl is like an embrace--it settles you down and yet keeps you engaged and ready for what's next. There's one rather glaring flaw in the album, and that it's way too short. I know, I know...it's an EP, dammit. The final song, the upbeat and catchy "Slow Control," has a piano riff that will stick in your head all day. When the song stops, it's suddenly all over and that piano keeps going on and on in your mind. Riptide flies by so quickly--Henderson's the party guest you don't want to leave, so you hide her car keys. Perhaps she'll stick around longer next time, because she really is good company.
Posted by . at 9:45 AM