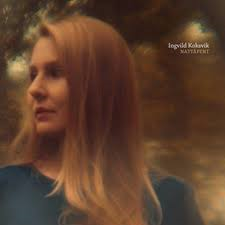 "Not surprised that you like it, even though she sings in Norwegian."

That's my Facebook friend Trond Torgnesskar, who connected me with Norwegian singer/songwriter Ingvild Koksvik so that I could hear her latest LP, Nattapent, on Norway's Fyrlyd Records. Trond, a fellow music scribe and audio reviewer from Oslo, had noticed my now numerous reviews of albums from Norway's 2L Recordings and thought I should hear this tremendously well-recorded album immediately. "I have come across one that might just be one of the finest recordings I have ever heard," Trond said, "not to mention that it is stunningly beautiful music. Might be right up your street!"

Within a few days of saying yes, I was exchanging emails with a certain Ms. Koksvik. She explained that she was a Norwegian singer and songwriter, and Nattapent was her debut release for Fyrlyd. I also learned that nattapent was Norwegian for "night open" and fyrlyd is Norwegian for "lighthouse sound." These are evocative phrases that wind up imbued in every single note of the album, a spaciousness that is both mysterious and invigorating like a moonlit walk on the beach. 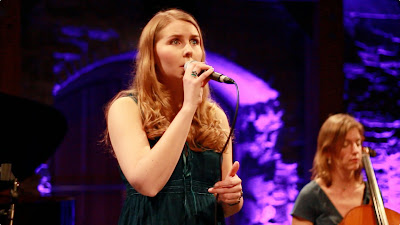 Upon first listen, I was reminded of the Grammy nominated Quiet Winter Night from 2L, which I reviewed here. Perhaps that's because Ingvild's voice is superficially similar to Helene Boksle's. (I hope that's not just me thinking that all female Norwegian singers sound the same.) This recording features a much smaller ensemble than the 2L recording, however, and there's more of a consistency with the tunes; the 2L recording is more of an exploration of several genres while Ingvild is a traditional songwriter who stays true to her muse.

This more intimate sound, however, allows the listener to focus effortlessly on the distinct musical threads within the songs. You can certainly zero in on Ingvild's beautiful voice, the way she lets a little nervous energy to creep in at just the right moments so that you know she's singing about something that truly matters to her, something that touches her and makes her revisit real emotions. You can also focus on the way Nils Okland's violin and Sigrun Eng's cello intertwine and create a stunning, complex sound that can fool you into thinking that you're listening to a larger string ensemble. Or, you can concentrate on the sound of Lars Rudjord's deep, resonant piano notes that sometimes take forever to completely vanish. 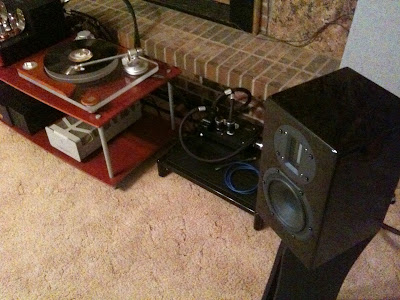 The timing of this review coincided with the arrival of the Axis Voice Box S monitors from Australia. Designed by John Reilly and my good buddy Brad Serhan, these diminutive speakers are named for their ability to reproduce the human voice accurately. These speakers are used for mastering at the Benchmark Studios in Australia, and indeed they are extremely revealing and they let you hear every single detail in the recording. But unlike most studio monitors, which can be relentlessly revealing of mistakes during the recording process, the Voice Box S produces a fun and enjoyable sound.

As you can imagine, hearing Ingvild's voice through these little gems was a real treat--I felt like she was standing there in the room, looking around, wondering when I was going to unpack the last few boxes after my move last month. One of the strengths of the Voice Boxes are that while they are very small, they throw up and amazingly wide and deep soundstage. One of the loveliest things about the sound of this album is how there's plenty of space between Ingvild, the piano, the cello and the Hardanger fiddle, and that allows each voice to bloom and develop in space on its own. You get that wondrous feeling like you can get up and walk around in that soundstage, between all the musicians, and feel all that immediate energy bouncing off your body. In other words, this amazing sonic experience was brought to me through a Norwegian and Australian partnership.

So Trond, the answer is yes, I love this album even though it is sung in Norwegian. I've listened to so much Norwegian music in the last couple of years that the language no longer sounds alien to my ears--even though I only know what nattapent and fyrlyd means at this point in time. I don't know what Ingvild is singing about in these truly beautiful songs, but I can detect the feeling and emotion in every word and I can selfishly come up with my own narrative, and that's really all I need.

You can learn more about this album at Ingvild's website. If I've made you curious, you can check her out on YouTube as well.
Posted by . at 9:24 PM