My New Article on Part-Time Audiophile 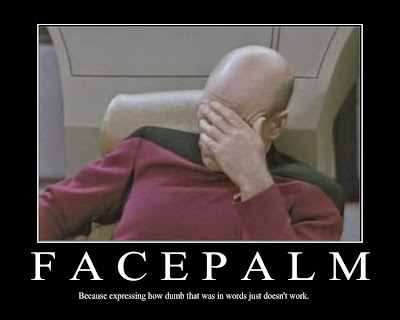 My latest article for Part-Time Audiophile is now online. I felt a little gun-shy about writing another "controversial" article on the audio industry since my foray into the subject of getting more women into audio went a little pear-shaped, as the British say. But this article about the true role of an audio review in the buying process needs to be said over and over--a in-joke between PTA's Scot Hull and me since he already wrote a similar article--because I see far too many consumers doing these things over and over. Enjoy, and don't be too mean in the comments section!
Posted by . at 9:33 PM No comments:

My latest Vinyl Anachronist column for Perfect Sound Forever, my 102nd, is now online. In this column I recap my rather disheartening experience of writing and arguing about the question, "How do we get more women interested in audio?" I wrote this final recap reluctantly, because I had removed myself from the public debate because I felt so weary--I'd actually been combating an illness at the same time--and I just wanted to apologize for being wrong and for being such a dick about it, and then quietly excuse myself from the conversation.

I took some time off, got healthy, and then realized that I still had mixed feelings about the way everything went down. I finally gained some perspective on the whole debate by realizing this wasn't an issue between the sexes, but rather an issue between my generation and the Millenials, or Generation Y or whatever else you want to call "those damn crazy kids who won't stay off my lawn."
Those younger folks grew up in a world that was significantly more tolerant, where the "old ways" of Baby Boomers like me were frowned upon. So they're much quicker on the draw when it comes to perceiving language that can be exclusionary or discriminatory. Just like my generation rails at the thought of the world in which our parents were raised, and the predominantly racist and sexist attitudes that are still carrying forward, their generation is trying to guide the world, kicking and screaming, to the next big step.

So I'm not trying to open that can of worms again; I'm just trying to focus on the bigger picture. Enjoy. 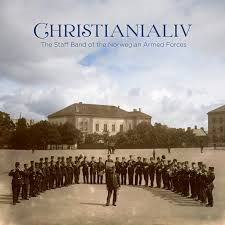 It seems like every January I apologize for not blogging enough. I won't do it this year. The truth is, CES keeps getting bigger and bigger for us, and every year I get a little older. That means additional time is required for recovery. It's during this quiet time of the year, however, in the middle of my second Colorado winter, that I really seem to appreciate what Morten Lindberg's been doing for not only the Norwegian recording industry but the entire world. Going beyond all those technical innovations and novel approaches in the studio, Morten chooses music that seems to highlight wintry emotions. These selections aren't stereotypically Scandinavian, all ice and snow and cold, but sturdy and confident and a bit pragmatic--in a good way. It's an underlying attitude of a people who take nothing for granted.

What's utterly amazing is that this subterranean thread of stoicism appears in such a wide range of musical styles. On the latest 2L Recordings release, for example, Morten enlists (pun intended) the help of the Staff Band of the Norwegian Armed Forces, something he's done once or twice before. In each case, this wind orchestra defies expectations for fighting the temptation to be constantly dynamic and startling. The sounds of the band are remarkable in the way they coalesce and expand with the flow of the music; it's more about passion and less about punctuation. That also seems to reinforce the idea that the music of Norway is more about substance than about thrills. 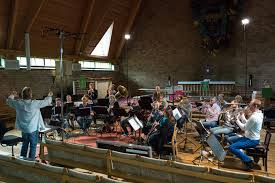 Christianialiv is a simple, unadorned celebration of the "Golden Age of Norwegian Music," a time during the late 19th and early 20th century when the country's prosperity opened the door to a new period of unlimited artistic expression. The fascinating part of the story is that earlier incarnations of the Staff Band of the Norwegian Armed Forces actually played an important role in popularizing these pieces after the were first written. These specific pieces, by Norwegian composers such as Johan Svendsen, Adolf Hansen, Ole Olsen and Alfred Evensen, were actually championed by the SBNAF back in the day--and that's the reason why they are included here. 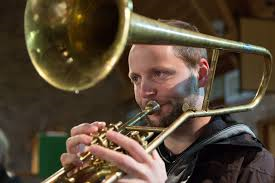 As with 2L's first two recordings with the SBNAF, the magic element here is to surprise the listener by showing uncommon depth and emotion in the context of a wind orchestra/marching band. There's still that urge to pick out the individual musicians and follow them throughout the piece--the soundstage and imaging, of course, are that spectacular--but the true beauty of this album is found in the way these instruments join together in the air and create a new harmonic tone all their own. There are points in time, especially in the opening Symfoni Nr. 2 by Svendsen and the final two Evensen dances, where it seems preternatural that the band's sounds are created so naturally.

So if your opinion of wind orchestras and marching bands are somewhat colored by those boom/smash/bang audiophile titles from a couple of decades ago, Christianialiv might change your perceptions. Intriguing, fluid and almost cosmic in its reach, this is one of the best-sounding releases yet from 2L.
Posted by . at 1:25 PM No comments:

My Review of the Audio Intelligent Solutions' Premium One-Step Formula No. 6 Now Online at Positive Feedback! 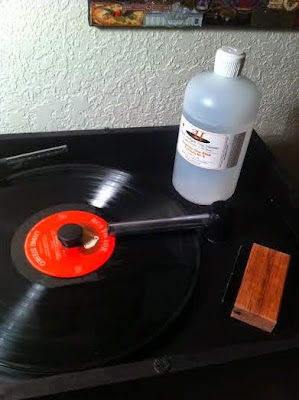 I was quietly and patiently waiting for my review of the Audio Intelligent Vinyl Solutions' Premium One-Step Formula No. 6 to appear in the latest issue of Positive Feedback Online, and had no idea that it's been out for a while--just under the "Audio Discourse" section instead of the review section! You can read it here.