Lila Rose's We Animals on CD 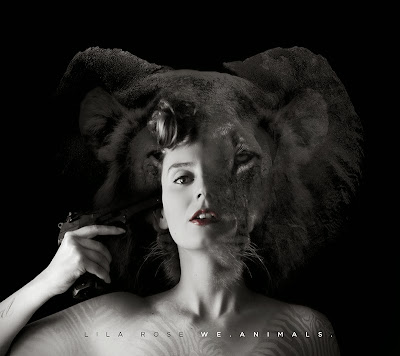 I'm starting to feel that same malaise about modern music as other people my age--it seems like it's been forever since I've heard something that was both original and different and still for, you know, the kids. Just a few years ago I was such a staunch defender of new music and constantly offered up such 21st century classics such as Yankee Hotel Foxtrot, Yoshimi Battles the Pink Robots, The Archandroid and so many others as irrefutable proof. In 2015, everything's starting to sound the same, which of course means it's all merely starting to sound like the good stuff that was released forty years ago.

That's why I sat up and took immediate notice of Lila Rose's new CD, We Animals. I don't want to say it defies description, because her percussion-centered anthems often remind me of such artists as Florence + the Machine, Muse and perhaps even a little Adam and the Ants and Siouxsie Sue thrown in for good measure. But this Canadian-born singer has done something extremely interesting here. She's made a real '70s-style concept album about one of today's most troubling issues--protecting all of the species of animals from the damage we're administering to the planet. This might not play in Tallahassee. 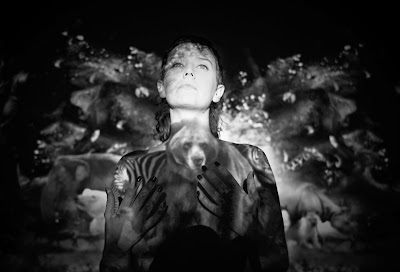 Rose's approach to this type of rhythmic Goth pop is unique. She suffers from hyperacusis, a disorder that makes many so-called natural sounds unbearable to hear. That's why every aspect of these songs sound so strange and different--they've been massaged and guided through an uncommon filter. Even when hear somewhat familiar themes in more accessible songs such as "Confessions" or the opening "Stars," there's always an element that's slightly askew whether it's the somewhat alien drone of the backing vocals or a full string and horn section used to heighten the drama. 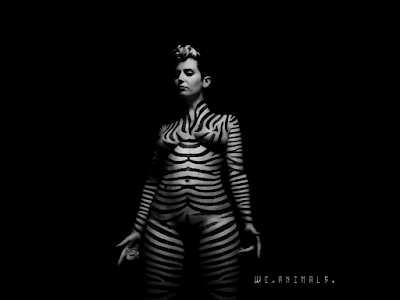 Another pleasant surprise is found in the excellent sound quality--it's one of those rare pop recordings that can be cranked up loudly without sounding unduly compressed or distorted. Rose and producer Daniel Garcia chose to record much of this album "in a small studio in the woods outside Santa Cruz." It was a clear effort to provide a different sound than Rose's 2012 debut Heart Machine, something more primitive and natural to better reflect the environmental issues she's presenting. There's a stunning beauty to the percussive strikes that punctuate every song, something that's notable for an artist who has, up until know, specialized in a more electronic sound.

We're already four months into 2015, and this is the first pop/rock/whatever album that actually made think about my next year-end list and what would ultimately be on it. We Animals has the early lead.
Posted by . at 1:36 PM No comments: 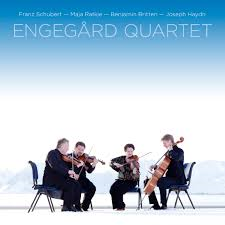 It's been two months since Colleen and I went to Phoenix to present the Axis VoiceBox S loudspeakers to the Arizona Audio Video Club. Just a day or so before we left, I received the latest release from 2L Recordings in Norway, a CD/SACD two-disc set of the latest from the Engegard Quartet. I reviewed the last collection that Engegard released, which you can read here. I enjoyed that particular album--which was comprised of selections from Haydn, Nordheim and Bartok--so immensely that I felt confident that the AAVC would also enjoy this follow-up just as well as long as the music wasn't too adventurous.

At the meeting, I announced that I was going to play the first selection, Franz Schubert's String Quartet No. 13 in A minor, also known as the "Rosamunde" quartet, and I was surprised how many of the audiophiles in attendance were huge fans of 2L Recordings. One even told me that he had discovered the label through my reviews right here! (Aw, shucks!) Many of the attendees were truly excited that they were going to hear the latest--I think my copy arrived well before the official release date. Mating this incredibly life-like recording of a string quartet with a mini-monitor that excels at reproducing the human voice and more intimate ensembles, well, let's just say that the evening went very well and way too many attendees, tiny notebooks in hand, lined up afterward to write down the name of this particular album.

Yep, that means I've been sitting on this CD for almost two months. It's been incredibly busy for me since CES in January, and I suddenly have a huge pile of CDs to review. I even came to the point where I considered, once again, the abandonment of this blog. The Google hits have been slowly declining over the last year or two, but that's only because I'm blogging far less--about four times a month as opposed to nearly once every three days in years past. The one salient point that helped me to decide to press on was this thought:

"If I quit blogging and reviewing, how would I deal with the fact that I wouldn't get these spectacular CDs from 2L?" It was a sobering thought, to say the least.

This CD, like the last one from Engegard, is thoroughly engaging in the way it switches gears throughout the program. Starting with that Schubert piece, which delicately hints at the romantic tendencies to come in the world of classical music, the quartet suddenly leaps forward into a 2011 piece from Maja Solveig Kjelstrup Ratkje, titled "Tale of Lead and Light," that is bracing and dissonant without being quite as far out as some of 2L's more exotic projects. From there it's Britten's String Quartet No. 2 in C Major which combines the warmth of Schubert with the occasional lapses into an agitated yet resolute state. The album ends even further back in time with Haydn's famous "Emperor" string quarter which is lively and innocent and heartily direct.

Morten Lindberg has succeeded in creating a string quartet sound that fills the room without making the individual instruments seem larger than life. The secret to this feat, as usual, is Morten's tendencies to choose old Norwegian churches as the recording venue. This time he has chosen one of his favorites, the Jar Church in Norway, where such incredible recordings as La Voie Triomphale, Nodebog and The Lyrical Bassoon were captured. I can't think of another string quartet recording in the last ten years that sounds this rich and sonorous. You'd have to dig through your old Shaded Dogs, I'd imagine. 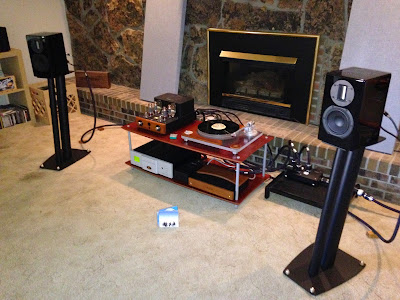 To evaluate this CD, and a few others I have waiting, I've assembled a system that excels at making those intimate recordings sound more lifelike. I used the same system I used at the AAVC--Axis VoiceBox S speakers, Unison Research Triode 25 integrated amplifier, Unison Research Unico CDE CD player all with Furutech cabling--just to recreate the unexpected success we had back in that huge conference room in Phoenix. My room, of course, is a bit smaller and warmer and more optimized for such an audio system, and the result was nothing less than four performers in the room with me, playing with passion and certainty. Highly recommended.
Posted by . at 1:20 PM No comments: 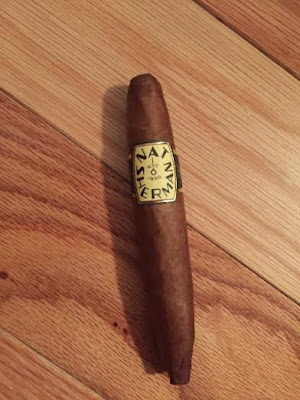 The second installment of my cigar-themed column, The Smoking Jacket, is now available at Part-Time Audiophile. In this article I discuss the changing attitudes toward cigar smokers in 2015, especially in places such as Colorado where pot smoking has actually become more mainstream. Plus, I offer recommendations on stellar cigars from Illusione, Nat Sherman and Headley Grange.