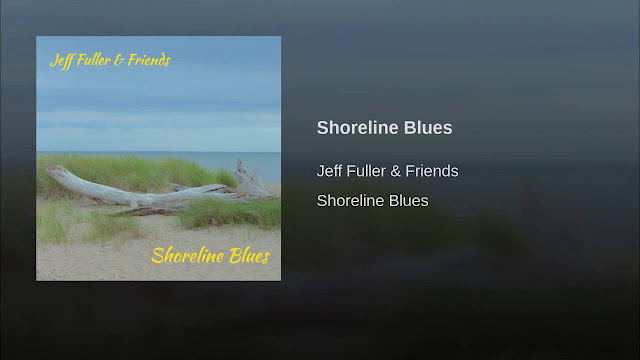 Objectively, Shoreline Blues is the type of modestly played jazz that you might hear at a charity event or a small neighborhood club. The musicians might be local guys who have been playing together since they were young, so they play together seamlessly. They're not part of the vanguard, they're not blazing any new trails, but they're the right performers for the right time.

That might sound dismissive. I've heard a lot of jazz this year that really broadened my horizons, from the melancholy textures and images evoked in Jane Ira Bloom's Early Americans to the wild celebration of sheer energy in Todd Hunter's Eat, Drink, Play. Bassist Jeff Fuller and his friends--pianist Darren Litzie and drummer Ben Bilello--aren't blazing those storied trails, but they do play expertly, with plenty of precision and detail and clarity. As the liner notes declare, the trio was formed "to perform new, original music which re-invents timeless jazz styles with new vision and creativity." And someone was paid to write those words.

But here's why I don't want to be dismissive about Shoreline Blues: it's beautifully played and beautifully recorded. 2016 has been such a year of discovery for me in terms of music, and it's incredibly easy to overlook such a simple pleasure as a well-practiced jazz trio hitting all the right notes. 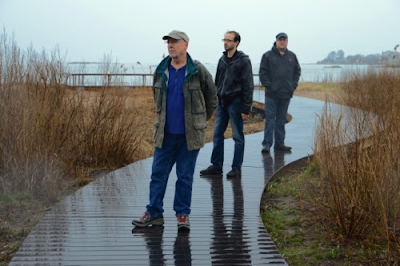 As I've mentioned, Fuller is the bass player. He's also the front man. This is his band. So this recording winds up being a primer on how to make that instrument the driving force, the real star. Fuller's playing is rich, thoughtful and deft without being showy--he's a bassist's bassist. That doesn't mean Litzie and Bilello are wallflowers since both musicians have a light, playful and quick touch. They just use their leader as an anchor, weaving in and out of these tunes (most of them are composed by Fuller, with a few scattered tunes from Sonny Rollins and Charlie Parker) and allowing the boss to improvise freely.

Fuller deserves even more kudos for producing this recording himself--it's clear he knows his way around a recording studio. Shoreline Blues has a clear, spacious sound that is very natural and realistic. Right now it's playing in the other room and it doesn't take much to trick my mind into believe these three gents are in there, playing a casual set for a knowing and appreciative audience.
Posted by . at 12:39 PM