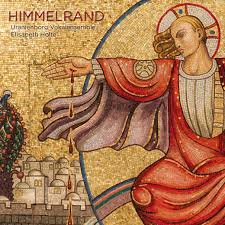 "A pipe organ and a choir is sometimes all I need," an audiophile friend told me recently. He's the type of person who has been caught more than once playing Christmas music in the middle of summer, so I take him at his word. He's kind of a nut this way, and I've rolled my eyes at him more than once for doing this.

Fortunately for him, I'd just received this 2L Recording from Norway, Himmelrand, which features new hymnals from the Church of Norway, performed by the Uranienborg Vokalensemble conducted by Elisabeth Holte, with Inger-Lise Ulsrud on the enormous pipe organ at the Uranienborg Church. He sat and listened to this recording straight through to the end with a silly smile on his face the whole time. It was also his first experience with a 2L Recording, and he just couldn't believe the warm, open and engaging sound. Honestly, I think he was in a deep hypnotic state by the end.

A few weeks later, I played Himmelrand at a high-end audio show. A man walked into the room and within ten seconds--SERIOUSLY, TEN SECONDS TOPS--he had pulled out a notepad and started asking me what was playing. I handed him the CD case and he started scribbling down all the information. This was his first experience with a 2L Recording as well, and after a twenty minute conversation I think I had convinced him to go home and order the entire catalog. "I've never made such an instant emotional connection to a recording before," he explained. I never quite shook the feeling that he was pulling my leg because seriously, ten seconds was all it took. That's it. But this show was in Canada, and Canadians are famously polite, so maybe he was just being nice. Or maybe he was just like the first guy, deeply conditioned to have this sort of response to sacred music.

So it's safe to say that if a pipe organ and a choir is all you need to feel fulfilled, start here. 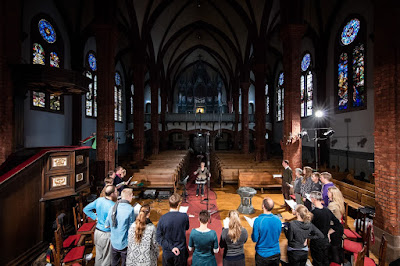 As for me, I still ponder about the same exact things when I listen to sacred music. You can go through every other review I've done on this type of music and I'll make the same comments about why I'm so attracted to these recordings despite an adamant agnostic streak. I can still get a huge thrill sitting in a huge church and listening to either a thundering pipe organ or the soft ocean that is a large choir, as long as everyone understands that I'll be slipping out the back once someone gets up and starts talking. There's something so old and ancient and peaceful in hymnals like these, and I won't deny their effect on my disposition.

The idea behind Himmelrand is, as usual, intriguing. These 17 hymnals have been resurrected (pun not intended) by modern Norwegian composers such as Aage Samuelsen and 2L mainstay Ola Gjeilo. As the liner notes explain, "An old hymn in a fresh musical setting loses none of its power; it simply undergoes a change--sometimes small, sometimes more substantial--to its character." The result is a collection of hymnals that seem to occupy an intriguing place between the sheer beauty and joy of the classic versions with more adventurous interpretations from these modern masters. That said, truly atonal moments are few and far between, and Himmelrand sounds more like a volume of undiscovered gems than anything else. Coupled with the goosebump inducing sonics, Himmelrand becomes something incredibly rare for me, a church service I would gladly attend.
Posted by . at 1:32 PM