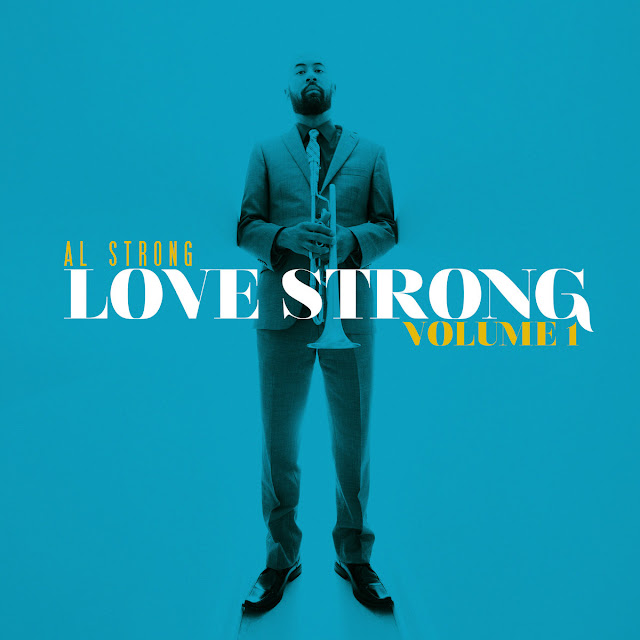 I really have been listening to a lot of jazz these days, mostly from artists I've never heard of before 2016. As I've been submitting my year-end Top 10 lists to various associated sites, I've been able to include a couple of contemporary jazz entries from performers I know from previous reviews--Todd Hunter and Jane Ira Bloom--but a few of these new artists haven't made the cut for one reason or another. The biggest reason, of course, is that it was a stellar year for music and I'm usually confined to five, ten or twenty picks.

Al Strong's exclusion from my year end lists is merely an issue of timing--I started listening to Love Strong Vol. 1 a day or two after my deadlines. Would Al have made the list if I had waited a little longer? Would I even be mentioning this otherwise?

Strong is one of those young and promising musicians, in this case a composer and trumpeter, who has been paying his dues in the jazz world for many years. This album is sort of a calling card for Al, that he's been in the shadows for far too long, and now it's time to push him to the front of the stage into the spotlight because the world needs to sit up and take notice. That's certainly the theme of Love Strong, Vol. 1--the idea is that we should already making room on our shelves for Vol. 2--but that sounds a little cynical. Al's prodigious talents are, ahem, trumpeted on this album, and what a pleasurable debut it is. He deserves this showcase. 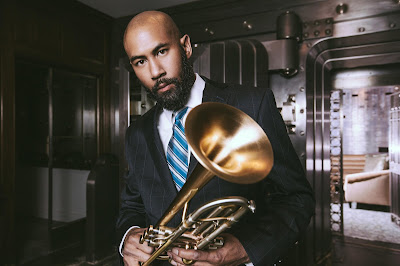 Vol. 1 is nothing too revolutionary. Al's playing a lot of standards such as "Blue Monk," "My Favorite Things" and Kenny Baron's "Voyage," with a distinct focus on songs with a strong emotional wallop. What stands out is his horn playing, which is full and smooth and dynamic. He's a romantic trumpeter, reveling in the softer passages that form a foundation for the occasional fireworks. Backed by a large revolving ensemble, Strong excels at being a generous leader--this is an album full of amazing solo improvisations from performers such as pianist Joey Calderazzo and guitarist JC Martin. If you listened to the entire album without any info about the performers, you might even be surprised that the trumpet player is the leader rather than just a featured performer. Strong is more crafty and subtle that than, however. He leads with a gentle touch and a superb sense of rhythm--something that isn't said that often about horn players. 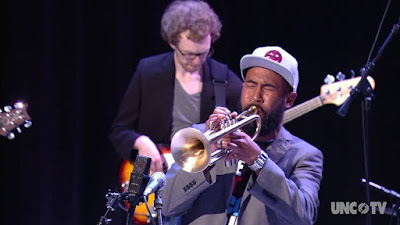 I only have one reservation about Love Strong. It isn't the recording quality, which is absolute dynamite. It comes along early in the album, a cover of "Itsy Bitsy Spider" that leaves me feeling a little perplexed. The song begins (and ends) with a children's chorus reciting the nursery rhyme before the band kicks in and starts with the basic theme. I have to admit I winced a little the first time I listened to it. But after a minute or so the improvisation takes over and this is one great, propulsive jam. At that point, with the kids outside for recess, it makes sense. But for the first minute or so, you might get a little anxious. It's like eating half a Twinkie, moving onto a absolutely perfect filet mignon, and then finishing off the Twinkie.

Or perhaps it's just me being curmudgeonly during the holidays. So much of this LP is pure love and delight--a great horn player, a great band and some real production skills, and yeah, let me know when Love Strong Vol. 2 comes out. I'll be waiting.
Posted by . at 1:44 PM