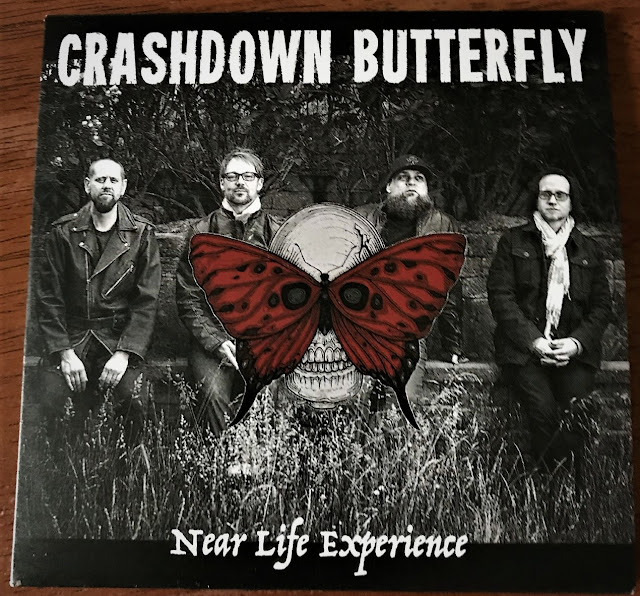 At one of my first magazine gigs, we had a running gag about my music reviews--especially since I was the only one who would regularly tackle hard rock and even metal. This was a gag I'd place at the end of the review, and sometimes it made it in and sometimes it didn't: "Well, they're not Tool...but no one is." A dozen years later I find myself surprised that I'm liking metal more and more, as long as it tries to stretch beyond the usual croaking and thunder-drumming. You know, like Tool does. With this Crashdown Butterfly EP, Near Life Experience, I'm tempted to say, "They're not Tool, but they're trying." That's not meant to be a diss, but here's a simple truth about this Seattle-based quartet. They like Tool, and it shows.

As I said before, singer-guitarist Ira Merrill doesn't croak like a frog, not even once. Like my dear buddy Maynard, Merrill can scream but he's not a screamer. He understands the importance of adding that honey to his delivery, as well as a subdued earnestness that brings just a little more intelligence to the pounding, forceful rhythms. Drummer Steve Gale isn't trying to be Danny Carey, long-limbed and almost deviant with time signatures, but he plays tight and fast and uses his big kit to be more expressive and to echo Merrill's commitment to music rather than seismic activity. Bassist Bob Lyman and second singer-guitarist David Miller round out the quartet into a nice tight machine, but this is where a second influence comes in hot. 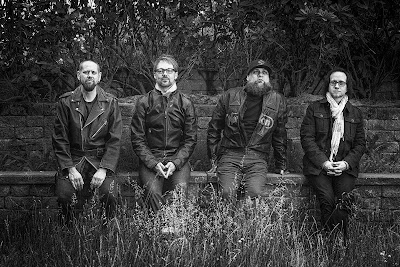 When Merrill and Miller share the mic, you can hear it, spooky and sad at once--Layne Staley and Jerry Cantrell. Man, these two come up with harmonies that have that same sense of despair, coupled with enough swagger to show the world that not all hard rock bands are created equally. Alice in Chains is a band I started to appreciate late in life, and that had something to do with the poignancy behind the band's history, that rock-bottom view where secrets are kept. I don't know if Merrill and Miller have seen the world through the same deeply smudged sunglasses, but they know what that pain sounds like, and they know that rock and roll isn't always a party.

Another easy comparison, considering the geography, is Soundgarden. In fact, Crashdown Butterfly dedicated a recent video to the memory of Chris Cornell, and that's when you start thinking about grunge and how all the singers have gone away and how some of us secretly wish for a reset so we can enjoy that time all over again. It was liberating, the meshing of two different spheres of rock, and perhaps that's why Crashdown Butterfly sounds so good and so tight. I've always had the feeling that the heyday of grunge was too brief, too fleeting, and while it changed the way we listen to both traditional forms of rock and metal it feels troubling that it all happened twenty years ago. Near Life Experience suggests a world where everyone held on and kept playing. I'll look forward to whatever follows this EP.