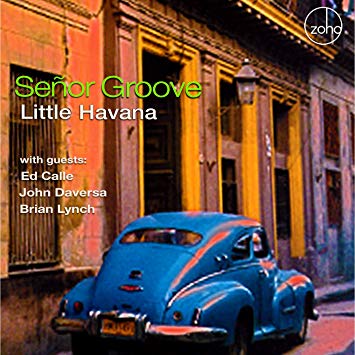 It's still surprising to me that I've never been to Miami. I've been in Florida several times, just never that far south. It's surprising since I've heard you can get a good cigar down there. And the music in the streets is supposed to be incredible, especially when it's Cuban music. The idea of music devoted to Miami's Little Havana neighborhood doesn't seem that esoteric of an idea, but this is another release from Zoho Music, a jazz label dedicated to Latin and South American jazz recordings that often double as history or geography books. There's always an additional layer to a Zoho release, something new to learn that makes the rich music within just a tad more spectacular.

Senor Groove is a Miami-based jazz band featuring brothers Tim Smith (bass) and Roddy Smith (guitar) who lead a group of Latin jazz all-stars such as drummer Marcelo Perez, pianist Martin Bejerano and percussionist Murph Aucamp. Little Havana is devoted to an idea that the neighborhood, the one where they all grew up, was actually ground zero for a lot of thought when it came to the development of Latin and South American jazz. In the 1960s many Cubans fleeing Castro relocated here, and so these young men were surrounded by counter-revolutionary thought--as well as Cuban food, culture and music. 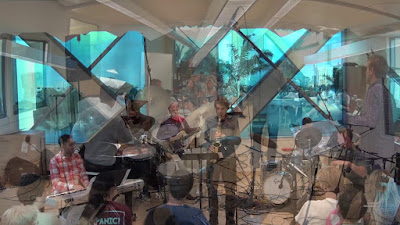 Senor Groove is smoother and more modern in its delivery than traditional Cuban music, especially considering the importance of those historic undercurrents in the themes. Perhaps that's a comment on how far everyone has come since those days of revolution, as opposed to merely fixating on old memories of interesting times. Aucamp's constant percussion places those traditional Caribbean influences at the front of the stage, but it's the flow of the songs that provides the spirit here, a modern groove that relaxes you and makes you think about the last exciting weekend you had. This is not about honoring the past as much as showing how people feel now, today.

Since this is a Zoho release, here comes the obligatory part where I gush about how good this album sounds. From the first few notes the music was so warm and full, so flexible in form, so human, and I always have to single this particular label out because they have such high standards and because they don't necessarily have to sound this good, but they do anyway. Seriously, if you haven't checked out Zoho yet, do it. Feel free to start here.
Posted by . at 12:41 PM