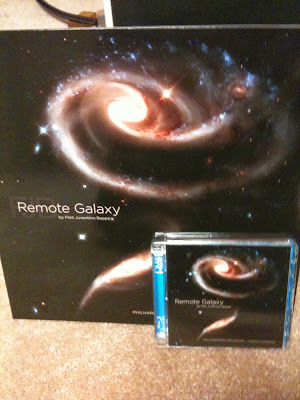 It seems silly for me to declare that Remote Galaxy, the new symphonic recording from 2L Recordings, is this Norwegian label's most ambitious project yet. Nearly every time I receive a new 2L release in the mail, I'm astonished that Morten Lindberg continues to outdo himself each time--whether it's a gorgeous recording, a novel performance, a unique programme theme or just gut-wrenchingly beautiful music. But Remote Galaxy is truly ambitious in so many ways.

Flint Juventino Beppe, a young Norwegian composer who was previously known as Fred Jonny Berg, has followed up his Grammy-nominated 2L recording Flute Mystery with this amazing 2-LP set that contains the expansive title piece as well as "Distant Words" and "Tightrope Walking Beneath Heaven" on the first album, and his Flute Concerto No.2 and the gentle, wistful "Lost in September" on the second. There's a lot of music here--in both size and scope.

Instead of the usual intimate recordings of Norwegian ensembles captured in old Norwegian churches, Remote Galaxy was performed by Vladimir Ashkenazy and the Philharmonia Orchestra in the Watford Colosseum in England. That means you get a slightly different sonic presentation from other 2L recordings. Instead of that rare combination of warmth and Nordic precision, you get a big and powerful and almost limitless sound that seems to stretch in all directions at once. That's because Morten Lindberg has introduced a new surround sound technology, known as Auro-3D, which adds "height channels" to the recording process. People with stunning hi-fi systems know that it's relatively easy to reproduce soundstage width and just a little more difficult to reproduce realistic soundstage depth. Soundstage height, however, is a rarity that is usually only heard in exceptional orchestral recordings--I'd been an audiophile for decades before I noticed it for the first time, and it was on a very expensive system. (Big panel speakers tend to do this well.) With this recording, however, it's obvious that Auro-3D accurately captures the room reflections that come off the ceiling, especially when it comes to the solo performances from the viola da gamba, clarinet and flute. That adds a new, utterly lifelike dimension to the performance. 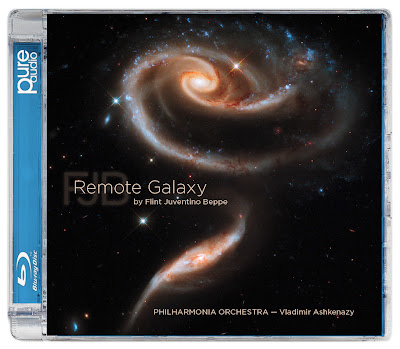 In fact, that's where Remote Galaxy shines the brightest--those solos are so textured and well-defined in space that you're compelled to point to an empty spot between your speakers and declare, "That's what a live instrument would sound like if the musician was here in my room with me right now." There's such an amazing wholeness and clarity to the sound of these stunning solo performances, and a total lack of any type of veil that would get between you and the musicians. Even when the orchestra is playing at full steam and the dynamics are limited by the hardware--and unless you've spent a fortune, there will be at least some limitations--it's still a heart-pounding experience to hear those individual instruments sing within that pulsing tidal wave of music. 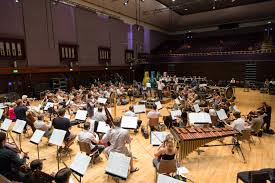 Since I received both the Blu-ray Audio disc and the LP, it was fun to compare the differences on two entirely different systems. (Both, by the way, are sold separately--and the CD/SACD hybrid disc is not part of the package this time.) The vinyl was played on my reference system, which is located in a large room that's approximately 24' by 18' by 8'. The Blu-ray was played on my desktop/headphone system which has recently been enhanced with an exceptional little DAC that allows more music to flow from my cheap Blu-ray transport. That made the vinyl sound like a living and breathing thing, something that could burst free from the speakers and stampede around the room at will. The Blu-ray experience with the headphone system was a little more like jumping into the ocean during a huge storm--you're completely immersed in an infinite, churning thing. I think I prefer the LP experience, but both were exciting beyond belief in very different ways.

Remote Galaxy, according to the composer, was written to answer the question: Can the dualism of life, nature and art be expressed in pure music? He describes these pieces as journeys in time and space, and it's an ambition that's been attempted before. But 2L's use of the Auro-3D technology makes these philosophical issues far more concrete to the listener--you are traveling through space when you listen to this music. Whether you have a portable player with earbuds or a million dollar system, you will be immersed in a truly spatial experience.