Trenner, Friedl and possibly the greatest speaker ever made 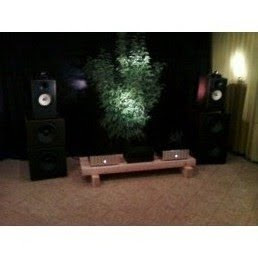 I am back from CES. I think this was either my seventh or eighth CES I've attended, but I have to honestly say that this was the best CES ever. Why? Well, perhaps it was because I was not functioning as a member of the audio press, but rather as someone who has recently made some very good friends in the world of audio and was treated, in turn, as a friend. As one of these close friends told me, there are some great people in the world of audio, and getting to know them is one of the true joys of high end audio.

Peter Trenner and Andreas Friedl, the Austrian gentleman responsible for my Trenner & Friedl ART monitors, certainly qualify as members of this group. Despite the fact that these two gentlemen are IMO true geniuses in the world of speaker design (Peter is the business side of T&F, while Andreas is the "mad genius" behind the designs), they truly GET that audio reproduction is about the emotional connection between the music and the listener. And their new statement product, the Duke, is perhaps the greatest loudspeaker I have ever heard. 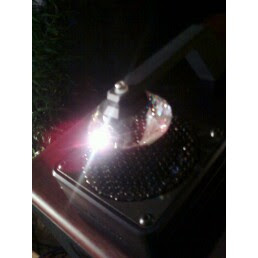 Yes, this sounds like hyperbole, and calling one audio product the "best" is usually met with ridicule in the industry. After all, we audiophiles certainly have different and subjective priorities when it comes to the final results. But let me explain. At a CES a few years ago, I heard a state-of-the-art system from a European audio manufacturer that was by far the best sound I had ever heard up to that point (and I have heard a LOT of gear over the years). Every last barrier between audio gear and live music seemingly vanished. Sure, the massive speakers cost well over $100,000 dollars, but this redefined my expectations of what high-end audio could accomplish.

Well, after spending a significant amount of time with the Trenner & Friedl Dukes, I went back and heard that other speaker system in another room. And suddenly, it was clearly bested. 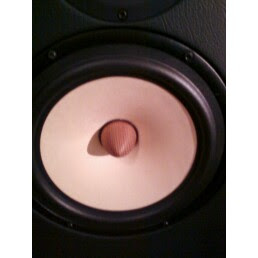 First of all, the T&F Dukes cost more than my house here in Central Texas. (And I have a 3000 square foot house with five bedrooms that was built just a few years ago.) So these are certainly not speakers for the audiophile masses. In addition, this is the first and currently ONLY pair of Dukes in existence. So you will probably not hear these speakers at your local audio store in the near future. They are very dear and very exclusive. Having heard them, however, I must say that once again my expectations are redefined. The Dukes did everything perfectly. Coupled with first rate gear from Rowland Research and dcs (and, by the way, it was all from digital sources) the Dukes provided everything I could ever want.

So why are they so good? First of all, they played every type of music...even intimate music on a small scale. I heard some recordings of solo classical piano, and the Dukes projected the EXACT size of the piano and the recording venue. I could clearly define the size and shape of the grand piano. I've heard HUGE speakers make everything sound big. Singers are suddenly ten feet tall. Pianos are twenty feet wide. Everything sounds giant. The Dukes preserved the size of everything just as it is in real life. I could not tell the difference between this recording and listening to an actual live performance. 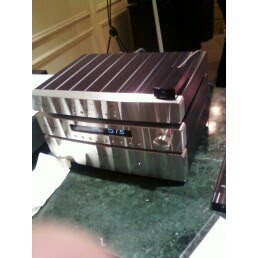 The Dukes could also resolve detail like nothing else I've heard before. I could hear the pianist shift back and forth in space as he played. I could hear him rock back and forth on his bench. I could hear him breath. Like most great gear, I could sense the interaction between musician and instrument rather than just hear the notes. On many systems, you may hear a singer and his instrument individually, as if they exist in a vacuum. Very seldom do you truly perceive that interaction of the two...how the artist is holding the instrument, how it sounds against his or her body, how there is a true partnership. The Dukes captured that ebb and flow every time.

Okay, so the Dukes could play intimate music well. But do they rock? Well, on Friday night after the show closed down, I attended a private party in the T&F suite and we started playing lots of funk, especially James Brown. And we all started dancing. We just couldn't help it. It was like being at a live show. We were moved and compelled by the performance. We were interacting (there's that word again) with James and his band. 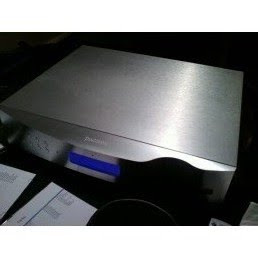 By now you might be wondering if I'm getting a big check in the mail from T&F. I'm not. I was completely won over by my tiny little ARTs. They are the best small speaker I've heard (again in my humble opinion). The ARTs are the ENTRY LEVEL model for Trenner & Friedl. The Duke, however, is the culmination of everything these guys have accomplished. And it's absolutely stunning.

The shame, however, is that I had to keep telling people to go up to the 34th floor and listen to the Dukes. They should be the talk of the show. Instead, everyone was talking about USB ports on DACs and creating music servers that reflected the needs of the ever-fickle consumer. But the Dukes are utterly and completely about the music. And they need to be heard, even though they cost what they do. None of the speakers T&F makes are what you would call affordable. But I've been in this game since the '70s, and I've never been this much in love with a piece of gear.

Over the next few days, I will speak more about what I heard at the show. An overwhelming amount is GOOD. But as I'm writing this, there's still one more day of CES. Everyone there should run to the T&F suite and listen and then tell me if I'm wrong. 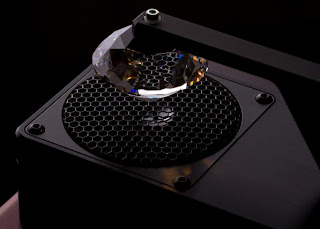