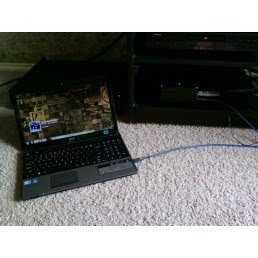 The latest chapter of the ongoing music server project here at Blue Computer Solutions is the substitution of a high-end DAC for a traditional external sound card to see how it affects overall sound quality. I had a chance to borrow the Wavelength Audio Brick V3 24/96 digital-to-analog converter for the project, which replaced a $125 Creative Labs SB1240. When I first compared our music server (which isn't really a music server, but one of our Acer laptops with Zune software) to my modest Denon CD/DVD player, the sound quality was almost identical. I wanted to see how the $1750 Wavelength tipped the scales. 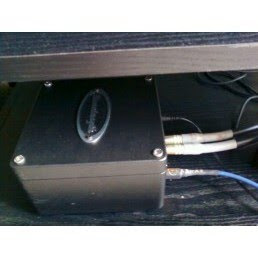 First I hooked up everything with Cardas Audio cable, including a Golden Reference interconnect linking the DAC to my amp--even the USB cable to the laptop was Cardas Clear. I plugged my laptop in, started the Zune software on my laptop and started playing around. For the first hour or so, I felt that the treble was a little too bright for my tastes. In addition, I thought the output levels from selection to selection were way too varied, much more so than if I was merely playing CDs. Good thing the Zune software let me adjust volume directly from the laptop. After a while, however, the sound softened up, and I was ready to compare the music server files directly to CD. 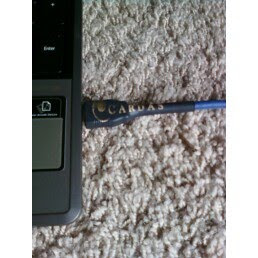 I listen to quite a few selctions from some of my favorites including The Smiths, Dead Can Dance, Pink Floyd and even a little Adam and the Ants. I finally settled on a cut for A/B comparisons: Neko Case's "Star Witness" from her album Fox Confessor Brings the Flood, one of my favorite songs in the world. I carefully matched the volume for both the music server and the CD player, and started twisting selector knobs back and forth, back and forth. 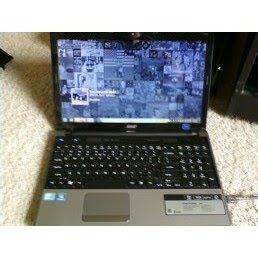 At first I found it difficult to prefer one format after another. Then, I started to notice that the CD was sounding increasingly bright compared to the server running through the Wavelength DAC. When Neko really starts singing at full power, it could be a little relentless through the Denon CD player and I found myself wanting to turn down the volume. The Wavelength DAC/music server took the edge off and made it less fatiguing. It was almost like switching back and forth between a solid state amp and a tube amp (which makes sense because the DAC is tubed), where the Wavelength sounded softer, warmer and natural. The differences are subtle, however, and I want to spend some more time (and have a few others second my impressions) before I offer my final thoughts...especially since the Cardas cables need to break in further.
Posted by . at 5:09 PM