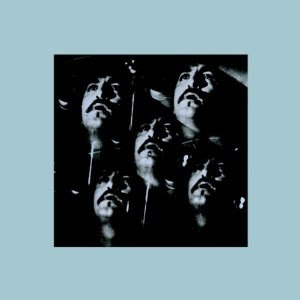 I'm a little late to the party on this one, more than a year. It's been at least that long since my vinyl-loving friend Brian Weaver first told me the eerie story of singer-songwriter Jim Sullivan, his 1975 disappearance and his long-forgotten masterpiece, UFO, which had been released to little fanfare six years before that. While the circumstances surrounding Sullivan's disappearance into the New Mexico desert has now become rock folklore, I was equally intrigued by record label Light in the Attic's effort to find the master tapes so this unusual album could get a second chance at finding an audience. It sounds like a cliche, but Sullivan's story and the search for the master tapes became so intertwined that the two tales have become one.

Sullivan, even in his Malibu heyday in the late '60s and early '70s, had never quite made it despite the fact that celebrities such as Lee Majors, Farrah Fawcett, Lee Marvin, Vic Morrow, Judy Carne and Harry Dean Stanton were among his loyal fans. But his talent was obvious, and more than 40 years later he's finally getting some recognition. His mysterious fate certainly adds to the attraction, I suppose, but the closer you look the more there is.

Listening to UFO, you might not be convinced right away. The sound quality isn't anything special--Light in the Attic never did find the original masters and had to rely upon early pressings that possessed "a huge honky midrange boost, wild dynamics and distortion in the sibilance baked into the original cut." It took many attempts to sweeten the mix to achieve "the Jim Sullivan experience." In addition, the production is a bit overwrought (albeit very typical of the time) with lots of thin-sounding string arrangements and even an appearance from the dreaded jazz flute...Ron Burgundy be damned. Sullivan's voice won't quite knock you over at first, either. It's gruff, unfettered and unrefined. But what will impress you after repeated listenings is his sheer songwriting craft. Sullivan was passionate and poetic, and his lyrics reveal a soulful human being who was still amazed at the beautiful world around him.

That's where the thundering black silence after his disappearance comes in, as this was a man who stared at the heavens and wondered who was staring back. There are two theories about his disappearance. The first had to do with the two New Mexico state troopers who were the last to see him. Sullivan, to put it bluntly, didn't take shit from anyone, and this six-foot-three-inch ponytailed figure may have pissed off the wrong law enforcement officers. (The officers were cleared early on in the investigation, but Sullivan's friends had their doubts.) The other theory has to do with the title of this album, and that's where the story gets all X-Files on your ass. Both stories have their gaping holes, but Sullivan did have a small role in Easy Rider and epitomized that scene. He also wrote lyrics such as "Johnny tell us tell us will you/What secret have you found?/Do you really know the answer/How to sail above the ground?" 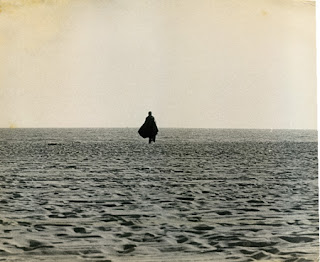 I know what you're thinking. Drugs. But he also sings "Looking at the sun/Dancing through the sky/Did he come by UFO?" Or how about "It's my time to go/I just want the wind to blow my ashes until they're completely out of sight"? It's hard to hear these songs without thinking that ol' Jim knew what was in store for him in the desert outside of Santa Rosa, where they found his car, his wallet, his guitar, his belongings...everything but him.
Posted by . at 9:46 PM