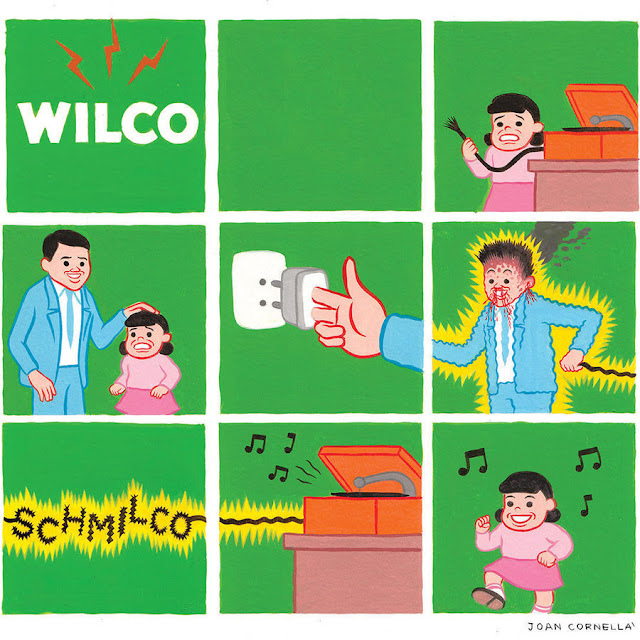 Ask me about my Top 5 favorite bands of all time, and Wilco will always slide in there somewhere. I've felt that way pretty much since the first time I heard Yankee Hotel Foxtrot back in 2002 when it was first released. I still remember the first time I heard that remarkable album--I was sitting in my living room in my townhouse in Tujunga, north of LA. I still remember the system--Spendor SP100 speakers, Naim NAP 140 power amp, Naim NAIT 2 acting as preamp and phono pre, Naim CD3 CD player, Rega P25 turntable with a Rega Exact cartridge. About halfway through the album I said to the others in the room, "This is a really great album, isn't it?" The others agreed.

Wilco also gets extra points for staying true to vinyl. The last Wilco CD I bought was YHF--it's been vinyl ever since. But here's why Wilco is so cool about the vinyl--they were the first band I knew of that included the CD and the download codes when you bought the LP. The first time they did this, I thought it was a mistake. The CD's not included on their new album, but you still get the download code. Maybe that's just a sign that CD is dead. It's disappointing not to have the CD for my car, but that's the only disappointing thing about Schmilco.

(You did see my post about that Wilco Schmilco Project turntable, right?) 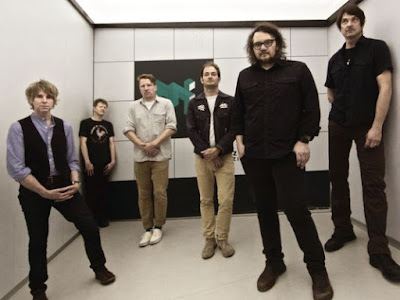 Schmilco was culled from the same studio sessions as last year's Star Wars. It's easy to see why the band separated the results into two separate releases. Star Wars was a whimsical, slightly out-of-control carnival ride of an album, both experimental and daffy. Someone has probably already said something like "The band had more fun in the studio making this album than any of the others." Schmilco, however, is quieter and gentler. It's mostly acoustic. In fact, it sounds sort of alt-country. No Depression. The type of music that made them famous. There's an Uncle Tupelo-esque quality to it.

That's not to say it's downbeat, or even that serious. While most of that unbridled Star Wars whimsy is confined to Schmilco's macabre yet hilarious comic-strip cover, the songs here are all whole and beautifully executed. I've heard some early criticism of the album that Wilco the band doesn't get to show off very much due to the minimalist arrangements--Nels Cline fans seem particularly anguished--but I disagree. Perhaps it's because I'm an audiophile and I've been trained to respect the space between the notes and all that crap, but when you come right down to it there's plenty of harder moments to satisfy such as the rollicking, psychedelic "Locator" and the angular, noisy "Common Sense." 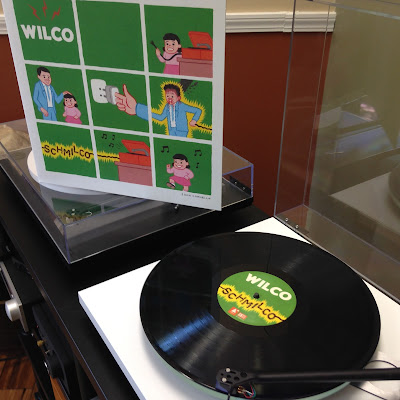 But in many ways this is the most beautiful, complete and consistent Wilco album in a decade--and that's as much to the band's credit as to Jeff Tweedy's, even though he really is front and center. Sometimes the band gets obsessed with covering multiple bases with albums such as A Ghost Is Born and The Whole Love--not a criticism as much as a personal preference. Wilco just really connects with me when they write a great song and play it well and then follow it with ten or twelve more songs just like it. Schmilco has a healthy dose of catchy, memorable songs that will rank among their best--the folky "If I Ever Was a Child," the bluesy "Nope," and the cheerful "Someone to Lose." The band even pulls off a hat trick by closing the album with three strong songs--"Shrug and Destroy," "We Aren't the World (Safety Girl)" and "Just Say Goodbye"--which for me add up to the most solid outro since the last three songs on OK Computer. Basically, there's no filler at all.

I'm impressed that these guys are still putting out albums this good. It's been 14 years since YHF, and I still get a rush from opening up a new Wilco LP, cueing it up and having no idea what to expect. I feel like I'm on a roll right now--I keep hearing great album after great album in 2016. If a Wilco album gets released in a certain year, it usually makes my top ten list almost by default. This time, it's got some serious competition from Ingvild Koksvik, Angel Olsen, Michael Kiwanuka and The Avalanches, but I still think it will be near the top. And I still have a giant stack of music to get through. I can't wait to see what's next.
Posted by . at 2:30 PM