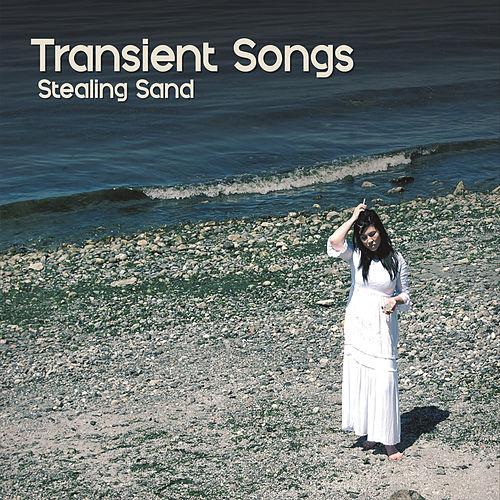 What does this remind me of? Hmmm.

Transient Songs is a Seattle-based band that classifies themselves as psychedelic, but I hear something more specific and provocative in their somewhat dreamy and heavily textured indie pop. Their new album, Stealing Sand, is easy on the ears, sunny even, a reminder of languid days on the beach listening to new types of music take hold and blossom. Pinpointing the timetable of those exact days is somewhat elusive--perhaps the mid '90s? With so much of today's music focused on electronic and sampled creations full of sharp corners and spurious noise, Transient Song is a band full of the soft contours so typical twenty years ago, with compact songs full of unusual chord progressions and a deep-seated affection for long-ignored pop trends. 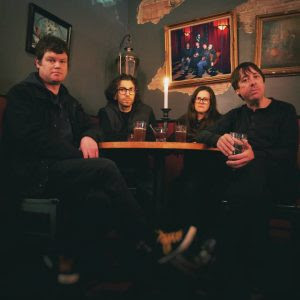 Jon Frum and Michael Shunk specialize in a two-guitar approach that blurs the lines between rhythm and lead--both have different yet complementary styles that sound like a calmer version of what I heard on Thurston Moore's epic Rock and Roll Consciousness last month--tight, uniform and logical. Frum's vocals are equally relaxed, which gives these ten songs a deliberate feeling, an obvious beginning and end.

The band, which also includes bassist Dayna Loeffler and drummer Craig Keller, does flirt with psychedelia as advertised, but only for brief periods. That gives the music an edge that separates it from the mindlessly happy--pop groups usually don't performed songs titled "Shoppin' for Coffins" and "Drug Dreams"--but you won't mistake Stealing Sand with White Light, White Heat. If anything, the band reminds me of Ultra Vivid Scene or perhaps Afghan Whigs. 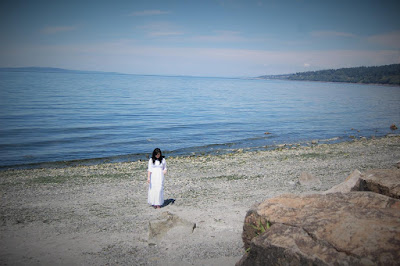 I wound up enjoying this album more than I initially thought--mostly because it takes me back to a time when a simple four-piece rock band could conjure up moods and ideas by merely being themselves and playing songs that come from the heart. This is the second time in a week I've declared that an album "grew on me," and a lot of that feeling was reinforced by sticking this CD in my car and driving around all week in its good company.
Posted by . at 11:55 AM